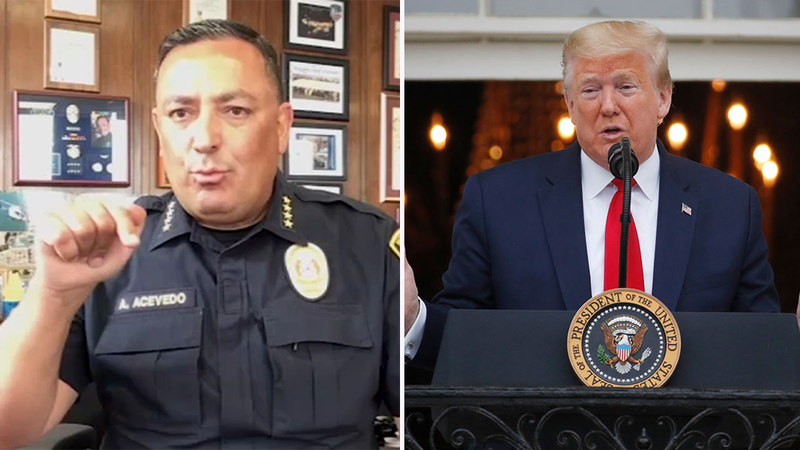 HOUSTON, Texas (KTRK) -- President Donald Trump says if governors across the country don't toughen up, he'll call in the military.

It's his latest warning amid violent protests after George Floyd's death in Minneapolis police custody.

Monday night, CNN interviewed Acevedo on the president's comments that too many governors were weak.

"Let me just say this to the President of the United States on behalf of the police chiefs in this country, please, if you don't have something constructive to say, keep your mouth shut," Acevedo said. "Because you're putting men and women in their early 20s at risk. It's not about dominating, it's about winning hearts and minds."
"We don't want people to confuse kindness with weakness, but we don't want ignorance to ruin what we have here in Houston," Acevedo continued. "It's time to be presidential, not like you're on The Apprentice. This is not Hollywood. This is real life, and real lives are at risk."

You can watch Acevedo's full interview with CNN in the video above.

"It makes me worry about the extended community because if people don't trust the police, we all lose."

In a powerful speech given by both Mayor Turner and HPD Chief Art Acevedo, the two said they will stand with George Floyd's family.