KTRK
By Steve Campion
HOUSTON,Texas (KTRK) -- Two grieving mothers stood next to some of Houston's most powerful members of law enforcement Friday. They called for an end to gang warfare in the city after losing their sons.

Both of the young men were shot to death last year.

Yvonne Ferguson-Smith lost her son, Kenneth Roberson, when a gunman shot into his vehicle on Sept. 23, 2018.

Dahlia Mack lost her son, Delindsey Dwayne Mack, when a gunman shot the Lamar High School student during his lunch period off campus.

District Attorney Kim Ogg said an ongoing rivalry between the YSB and 103 gangs resulted in the violent killings.

Her office charged Kendrick Johnson with the murders. Prosecutors said Johnson is a documented gang member.

At times, the mothers grew emotional. They said a deep faith propelled them to come before the cameras and denounce the violence. They called on the area's youth to turn to the police and put down the guns.

They said they never suspected the two became wrapped up in Houston's gang underworld.

"Pray with your kids. Take them to church. Trust. Teach your kids," said Dahlia. "Get to know their friends. Get to know what they're doing on social media."

The powerful pleas seemed impossible to fathom given the gravity of their loss. They warned other parents, don't think your children won't get roped into something dangerous.

"To the younger generation, if you love your mother and don't want your mother, your father, and your family to go through this, please put the guns down," said Ferguson-Smith. 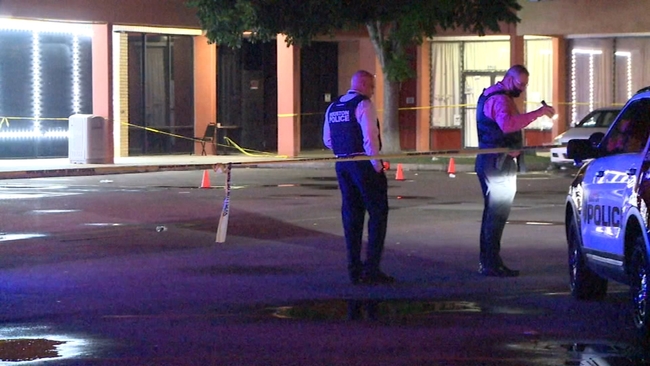