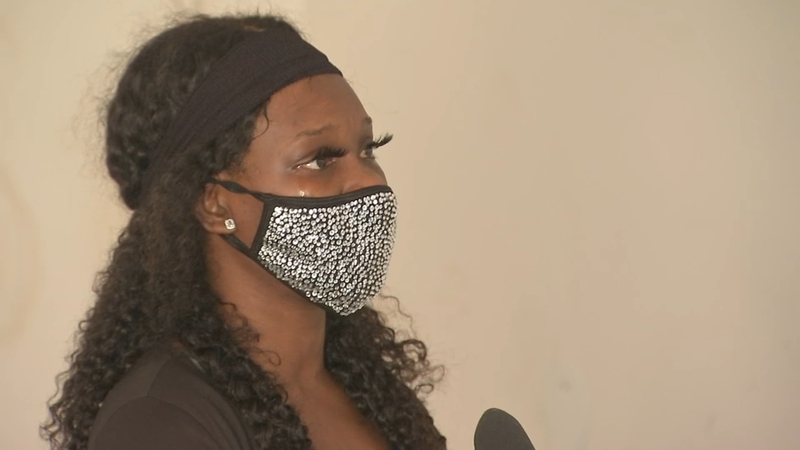 HOUSTON, Texas (KTRK) -- Two weeks after a historic winter storm crippled the Houston area, many people are still without water.

Morquesha Mosley and her five children, including her daughter Victoria, who has disabilities, are staying in a hotel.

She spoke with Eyewitness News on Tuesday and said they have been there for 11 days and counting after spending four days in their car. The single mother said a pipe burst in her garage and left two inches of water. She also had water pouring out of her walls.

"It is very stressful," Mosley said. "I'm not sleeping. I'm barely eating but [her children] are well taken care of."

She said her landlord sent a plumber out to fix the initial break, but since then, another plumbing issue popped up that flooded her bathroom. As a result, she has to keep the water off to the home.

Mosley is also concerned about mold.

"I am driving 51 minutes from the hotel to [this area] every morning to make sure [my kids] go to school," Mosley said. "I could have them live here, but I could also risk my child or my children all getting sick and that's not fair."

She said when the initial pipe break happened, her daughter Victoria's breathing and blood pressure machines were ruined.

Mosley thought about paying for the repairs herself, but said she cannot afford them. In the meantime, she has incurred a $1,500 hotel bill.

"I can't afford it, and it's taking away from my children," the mother said.

She said she does not know where to go from here, so she just takes it a day at a time. A GoFundMe page has been set up to help the family.

On Tuesday, the city of Houston said 25% of all Houston Water customers had a leak during the storm. An estimated 50,000 single-family homes and 400 multi-family residential customers, including apartments, showed indications of having a leak.

For those still without water, Mayor Sylvester Turner suggested calling the city's help line at 311. He said they will do anything they can to help.

He also said people still feeling the effects of the storm can text "Houston Freeze" (or "Houston Ayuda" for Spanish speakers) to 898211 to receive information on an emergency grant.

Both people living in Houston and unincorporated Harris County qualify.

The mayor said $1.65 million in emergency grant money has been set aside to help vulnerable families in Houston and those in need of repairs after the historic winter storm. He also said getting help is as easy as sending a text.

Those struggling can also fill out the Community Needs Assessment survey to communicate their needs to non-profits.