Woman who reported racist Facebook message may have stopped a school shooting: Police 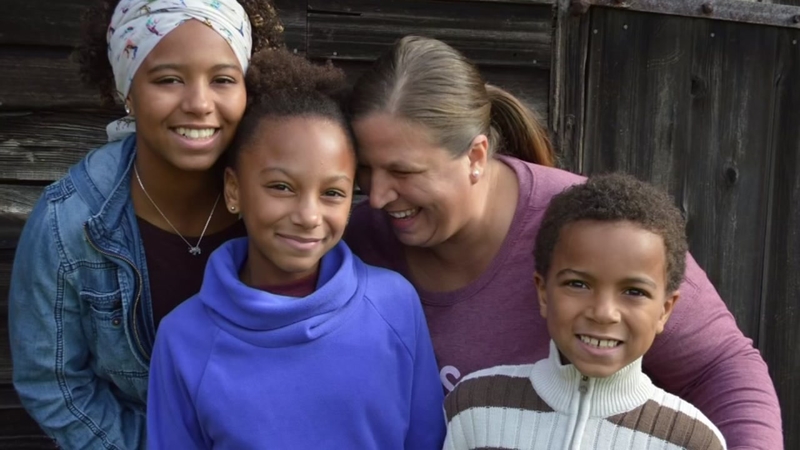 LAWRENCEBURG, Kentucky (KTRK) -- Koeberle Bull woke up to notifications on Wednesday morning which she says was the most hateful message she'd ever received in her life.

These messages were sent randomly from an unknown account.

But instead of ignoring the messages, this mom trusted her gut and contacted authorities.

Police say her actions possibly prevented a mass shooting from states away.

Bull says the man in the messages was "repeating himself about how he hoped my children would die and be hung because they're black. It was definitely racially motivated. He said things like 'you and your monkey children' and using the 'n' word a lot."

"Other people were able to look him up and go on his page, easily. But he had blocked my account," Bull said.

Some of Bull's friends were able to find the page and track where he lived in Lawrenceburg, Kentucky.

Bull said, "(It was) something in the back of my head was like, 'this isn't right, like something's not sitting well.'"

Trusting her gut, she called police in Kentucky.

Bull's call put police on his street just in time.

Kentucky state police told reporters that the 20-year-old was pulling out of his driveway with hundreds of rounds of ammunition and a detailed plan of attack on two school districts.

Bull says when she reported this issue, she wasn't just protecting her kids.

"I would hope that someone would, in the same situation, do the same thing. Because, obviously, you never know. It could be an idle threat or it could be the next mass shooter that you're stopping. It's our future. These kids are our future, my kids, the kids of Lawrenceburg and Anderson County. We have to give them a fighting shot," she said.
Report a correction or typo
Related topics:
kentuckyschool shootingcrimeracismu.s. & world
Copyright © 2021 KTRK-TV. All Rights Reserved.
TOP STORIES
3 Harris Co. deputies shot outside N. Houston nightclub identified
Astros fall short to the Red Sox in Game 2 of the ALCS
20-year-old shot and killed by gunman after minor crash, FBCSO says
Cool start to Sunday
Miracle boy's mother marries 6 days after happy reunion
Strike dodged with deal between film and TV crews, studios
Robert Durst hospitalized with COVID-19, his lawyer says
Show More
NASA's asteroid hunter Lucy soars into sky with diamonds
5th sailor charged in Houston Navy corpsman's death
Crews use new technology to search for missing TXST student
Houston ICU nurse uses Astros to power through COVID pandemic
Bill restricting transgender student athletes' heads back to House
More TOP STORIES News