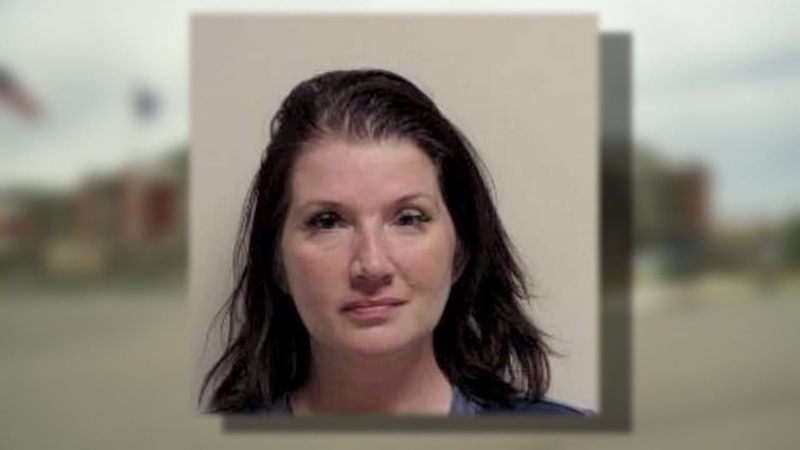 SALT LAKE CITY, Utah -- A Utah woman has been arrested after police say she strangled her 21-year-old son.

Police say it happened in front of her six other children.

Gidget Quilter, 42, is said to have allegedly choked her 21-year-old mentally handicapped son in front of her six other children.

The son, James, had made a mess inside their home which made his mother angry.

That's when she began choking James.

Quilter's 17-year-old daughter explained what happened to police, saying "she grabbed James by the front of his throat with her right hand and the back of his head with her left hand before she pushed him to the ground and straddled his trunk and arms with her legs."

She continued, saying Quilter applied so much pressure to James' neck that the screaming stopped because she cut off his ability to breathe.

Quilter is now being held in jail without bail on a series of felony and misdemeanor charges for assault and witness tampering.

Quilter's children are now in the custody of her husband and other adult children.
Report a correction or typo
Related topics:
utahdisabilitymother charged
TOP STORIES
Federal investigators at site of MD-87 plane crash in Waller Co.
Big warm up ahead but another cool front in the forecast
Reminder, Astros fans! Today's Game 5 is an afternoon affair
US expected to authorize Moderna, J&J boosters as soon as today
Free college proposal likely to be dropped from Biden's spending plan
White House details plan to roll out COVID vaccines for younger kids
Body found in fire's rubble had gunshot wound, HFD says
Show More
5K run to be held in murdered woman's honor
How residents in this Harris County neighborhood became numb to crime
Nikolas Cruz pleaded guilty to murder in 2018 Parkland massacre
Houston executive 1 of 21 on board jet when it crashed in field
Americans arrested for trying to board flight in Switzerland
More TOP STORIES News