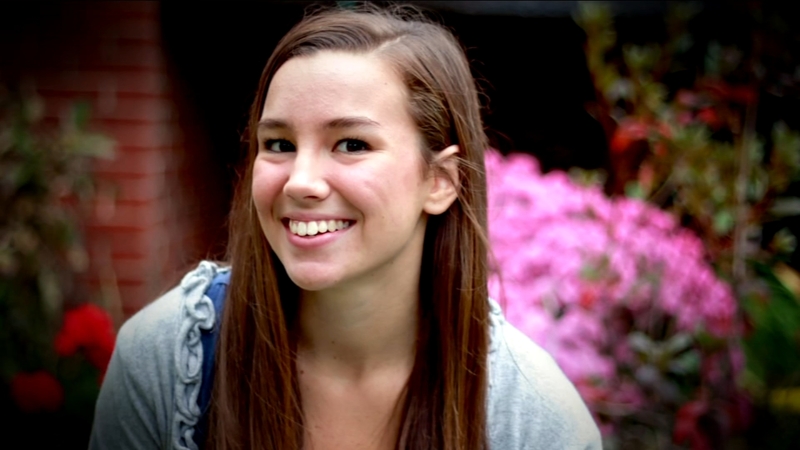 DES MOINES, Iowa -- The father of Mollie Tibbetts, the 20-year-old woman who was allegedly murdered by an undocumented immigrant in Iowa, is speaking out against people using his daughter's death to "advance racist views."

"The person who is accused of taking Mollie's life is no more a reflection of the Hispanic community as white supremacists are of all white people," wrote Rob Tibbetts in an op-ed published in the Des Moines Register.

"To suggest otherwise is a lie," he wrote.

Rob Tibbetts lives in Fresno and works in the Bay Area.

In a speech in Ohio on Aug. 21, President Donald Trump used Tibbetts' death to attack the Democratic Party, saying that "any party that puts criminal aliens before American citizens should be out of office, not into office."

On Aug. 31, Donald Trump Jr. wrote an op-ed in the Des Moines Register in which he attacked democrats and the media, writing that "Mollie was murdered by an illegal alien and her murder would never have happened if we policed our southern border properly."

"I encourage the debate on immigration; there is great merit in its reasonable outcome," wrote Rob Tibbetts. "But do not appropriate Mollie's soul in advancing views she believed were profoundly racist."

Tibbetts, a rising sophomore at the University of Iowa, disappeared on July 18 after going out for a jog in the farming town of Brooklyn, Iowa. Following a search that lasted for more than a month, police arrested her alleged killer, Cristhian Bahena Rivera. Rivera has been charged with first-degree murder.

Surveillance video led to the identification of a vehicle belonging to Rivera, and an investigation determined that he was one of the last people to see Mollie Tibbetts alive, police said.

Rivera later admitted to getting out of his car and running alongside Tibbetts, police said. After Tibbetts threatened to call the police, Rivera allegedly told authorities that he got mad and "blocked" what happened next from his memory.

He told authorities that he did remember dragging Tibbetts, with blood on the side of her head, into a cornfield, and leaving her there, officials said. Rivera later allegedly led authorities to Tibbetts' body.

Rivera faces life in prison without the possibility of parole if he is convicted.