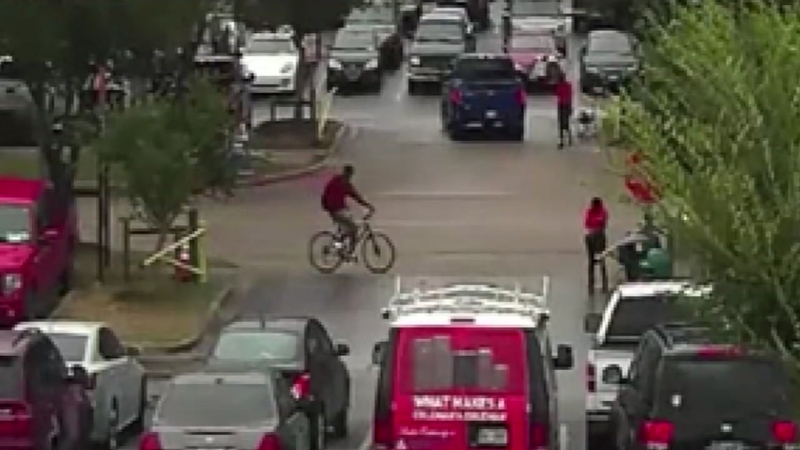 Police say the attendant was working between lots B and C in the 200 block of Preston when she was approached by a man on a bicycle, who pointed a gun at her and demanded money.

The woman first resisted and told the suspect no, at which time the suspect stated that it wasn't worth losing her life over money.

Police say the victim, in fear of being shot by the suspect, then complied and handed over the cash.

The victim says she was in shock and concerned that the suspect may shoot her.

Witnesses heard a second man refer to the suspect as "Rice" or something similar.

Off-duty officers working security at the game responded to the scene, but the suspects were able to get away.

The suspect was wearing a red burgundy shirt, but removed it and had a black shirt on after the incident.

"To my understanding, it was nearly a sold out game yesterday. It was full, which leads me to believe this guy is dangerous. He's pointing a gun at somebody midday. You just don't know what somebody like that is capable of. The faster we can get him off the streets the better," said Senior Houston Police Officer Jeff Breiden.

Breiden, along with other officers, work at many of the Astros game. A spokesperson for Minute Maid Park says they have many uniformed and plain clothed officers working security at every game.

If you have information about this suspect, you can make an anonymous tip by calling 713-222-TIPS (8477) or online at www.crime-stoppers.org.