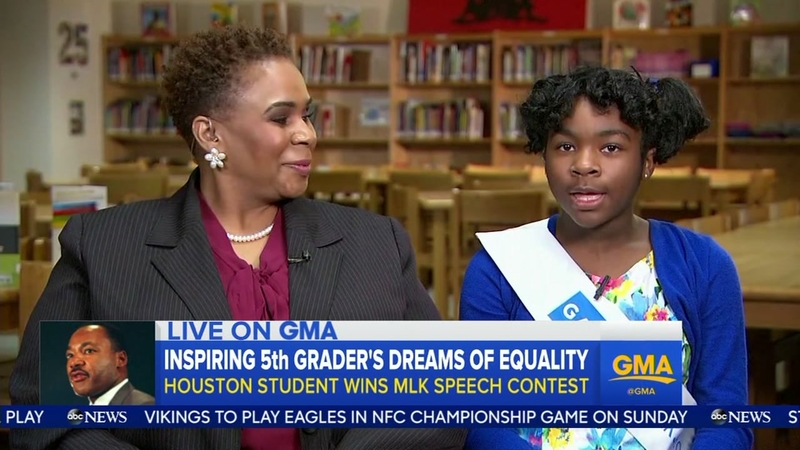 Fifth grader Tchanori Kone attends Gregory-Lincoln elementary school. She was among the fourth and fifth grade students who performed an original speech inside the historic Antioch Missionary Baptist Church of Christ in downtown Houston.

Speaking to GMA co-anchor George Stephanopoulos, Kone and her mother, Tamdiwe, discussed what inspired her speech.

"I was looking around in my community, and I saw a lot of homeless people living in tents under the bridge. I looked on TV, and I thought no one's really doing anything about this," Tchanori said.

"As we did a little research for the speech about Dr. Martin Luther King, he talked about some of these same issues going on in his time, and she was able to identify that they were still going on today," Tamdiwe explained.

Tchanori's mom added that she is "over the moon" proud of her daughter.

Tchanori says she plans to continue public speaking and has hopes of one day becoming either an attorney or a comedian.

Click here to see excerpts of her speech from the contest.