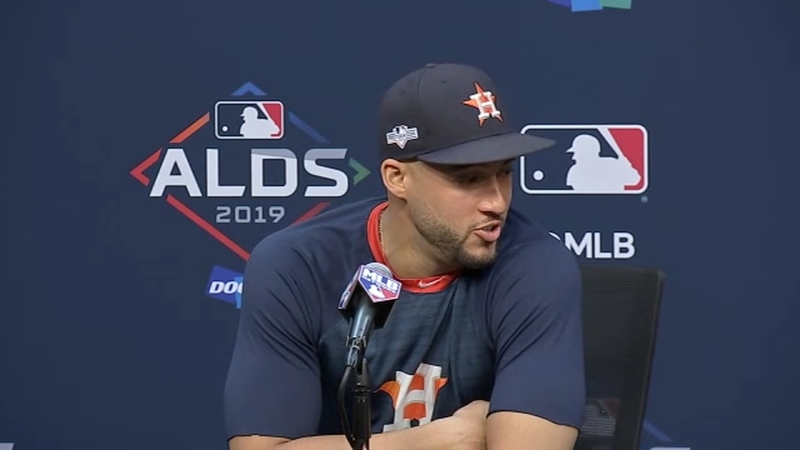 HOUSTON, Texas (KTRK) -- Nothing bugs George Springer, whether that's a flyout, an 0-2 count at the plate, or even an actual insect.

On Friday, before his Houston Astros took the field for ALDS Game 1, the star outfielder was asked about the team's playoff experience heading into their latest World Series run.

Inside his news conference, though, Springer had an unexpected guest at the podium with him. But like the 'Stros this season, the All-Star was unflappable.

"Nah, I try to ignore the bug that's over to my left," Springer said.

"That's awesome," the outfielder continued with a smile.

Springer regrouped and finished answering the question, also telling the room of reporters not to kill the bug because it might be lucky.

Springer takes up his customary lead-off spot in Game 1 and will play centerfield against the Tampa Bay Rays.