McConnell: 'If this election were overturned by mere allegations from the losing side, our democracy would enter a death spiral.'
KTRK
WASHINGTON -- Senate Majority Leader Mitch McConnell broke from President Donald Trump, strongly rebuking the attempt to overturn the 2020 presidential election loss using "sweeping conspiracy theories."

The Kentucky Republican spoke as Congress convened for a special joint session to confirm the Electoral College vote won by Joe Biden.

"If this election were overturned by mere allegations from the losing side, our democracy would enter a death spiral. We'd never see the whole nation accept an election again," McConnell said.

Arizona was the first of several states' electoral votes that some Republicans are challenging, encouraged by President Donald Trump's groundless charges that the election was riddled with fraud. Congress seems certain to reject all those challenges on Wednesday and formally certify Biden's victory.

McConnell said while all elections have irregularities, they weren't "anywhere near the massive scale that would have tipped the entire election."

"We cannot simply declare ourselves a national board of elections on steroids. The voters, the courts, and the states have all spoken...If we overrule them, it would damage our republic forever," he said.

He warned that public doubt alone cannot justify overturning the election when the doubt was incited without any basis.

McConnell called for a "shared commitment for the truth" and a "shared respect for the ground rules of our system."
Report a correction or typo
Related topics:
politicssenatejoe biden2020 presidential electionu.s. & worldcongresspresident donald trump
Copyright © 2021 KTRK-TV. All Rights Reserved.
2020 PRESIDENTIAL ELECTION 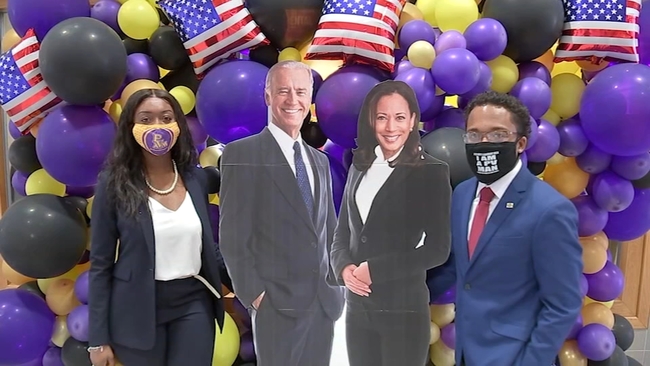