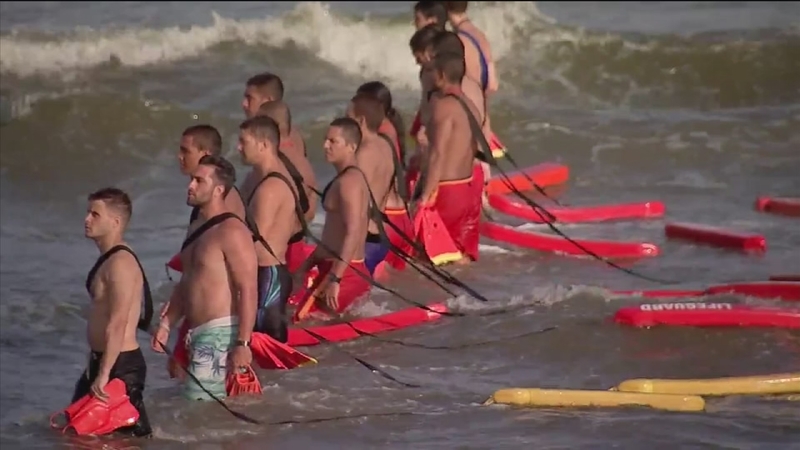 GALVESTON, TX -- Authorities are searching for a 12-year-old girl who went missing while swimming off Galveston Island.

The U.S. Coast Guard says they were notified just before 4pm that a girl, identified as 12-year-old Samira Carlon, was swimming in the water off Seawall at 57th Street.

Galveston Beach Patrol Chief Peter Davis said Carlon was at the beach with a school group out of Houston when she went under and never resurfaced.

"They were still pretty close to shore, about 30 yards from shore, and they were with a teacher who is also a lifeguard in her other life," Davis said. "Two of (the girls) started having problems; (the teacher) brought those two in. The other one was fine, no one saw her in distress, no one saw her go under, no one saw her have problems. When the teacher turned around, she saw she wasn't there, she called in to the other teacher and to bystanders to call 911."

"It breaks my heart that that baby girl is out there," said Galveston resident Beth Dement.

The Galveston Beach Patrol responded to the scene and then asked the U.S. Coast Guard to come out and help.

"The area we are looking in is the most likely area," said Davis. "It's a big ocean and there's a lot of variables out there."

A US Coast Guard helicopter was called in to help with the search efforts. More than two dozen lifeguards formed a line in the water to comb the bottom of the gulf. On land, firefighters were seen perched up on a ladder truck with binoculars.

"At sometime we will have to call the lifeguards in at some point because they are physically exhausted," said Davis.

The girl's mother could be seen crying with family members consoling her. After more than 4 hours of searching , Carlon was not found. The search was called off for the night.

Carlon is a student at Kipp Voyage School. Administrators issued this statement:

"One of the students on the trip was swimming in the ocean off the Galveston Seawall. The student was last seen at around 4 PM, and has been missing since. The Coast Guard and the Galveston Beach Patrol are searching. Our thoughts are with the student's family, and we are supporting the search in any way we can."