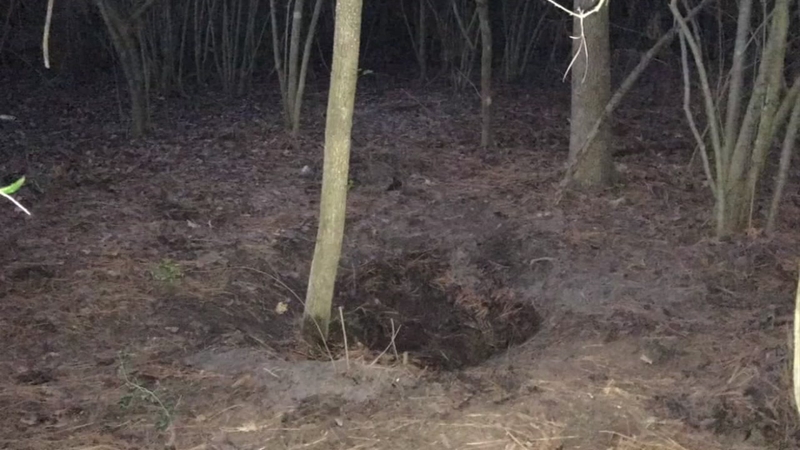 HOUSTON, Texas (KTRK) -- A missing man's body was found wrapped and in a shallow grave in a wooded area of north Harris County.

The gruesome scene unfolded off of Willow Timber Drive and Ella Boulevard this afternoon.

Homicide investigators with the Harris County Sheriff's Office told ABC13 the man's father first reported his disappearance on Friday. They said another man showed up to work this morning in the missing man's vehicle. Co-workers alerted authorities, which led to his questioning.

Missing man's body found 4 days after he was reported missing. @HCSOTexas homicide tells me a man has already confessed to the murder and pointed them to this location. They found the missing man's body in a shallow grave. Live report at 5PM on #ABC13. #hounews pic.twitter.com/aTcXTYI4iG

Lt. Chris Sandoval, of Harris County Sheriff's Office, said the suspect, who was identified as 33-year-old Oscar Fermin Escobar Antunez, confessed to the murder and directed them to the body. He said the two men were roommates. A dispute which started hundreds of miles away ended in violence.
"What we're getting from him (the suspect) is that there was some type of discrepancy that had taken place back in Honduras," said Lt. Sandoval. "They're originally from Honduras. Some type of discrepancy, we don't know exactly what it was...That's still part of the investigation. We will make sure we interview him and obtain that information from him."

Antunez was charged with murder and booked into Harris County Jail.

Authorities have not yet identified the victim in the case.

A body was found in a wooded area in north Harris County.