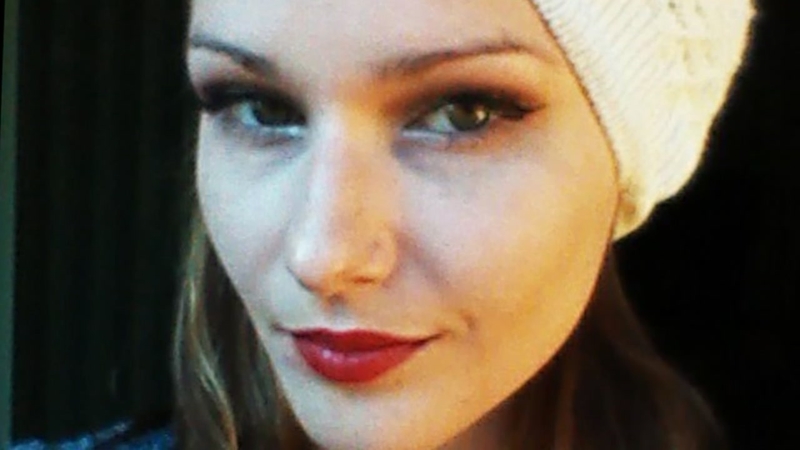 That was one of the chilling statements in a probable cause document released today, detailing the murder of 30-year-old Anne Christine Johnson. Her ex-husband, Shaun Hardy, is charged in both her killing and tampering with a corpse.

Investigators said Hardy described in detail his ex-wife's final moments, according to the warrant.

Johnson and Hardy had both taken out protection orders against the other, following a violent confrontation. Hardy claimed she was the assailant. She went to an emergency room for her injuries. Charges were never filed.

Johnson returned to Hardy. Friends say it was so she could be with their young son, who has autism. "She didn't go back to Shaun," said Janell Bogard. "She went back to protect her child."

"Open fist. It was a slap kind of like she needed to watch what she was saying," said Bogard.

League City police were able to finally get a warrant to search Hardy's home on Friday. A judge signed the order because a geo-tracker detected a ping from Johnson's cellphone after her disappearance. It came from near Hardy's house.

"That means her phone never left the area," said Kelley Williamson, with the League City Police Department. "We were able to go in and look for any cell phones in the house."

During that search, a detective noticed a strong odor coming from the garage. A second search warrant was issued, and soon, police found a 'large object' wrapped in dark plastic.

When police entered the house, the probable cause document stated that "Shaun started sobbing when he saw the uniforms and equipment."

According to the court papers, Hardy said Johnson had a knife, and he "pushed her as hard as he could." When she was on the ground, he said he kicked the knife "up to the hilt" in her chest. Then it states he put a Kroger plastic shopping bag over her head, "to put her out of her misery." The document states, "He said he wanted to see Anne die."

She was wearing red Christmas pajamas when she was killed.

An initial exam said she had a knife wound to the chest, as well as a cut on her chin. Friends say she weighed less than a hundred pounds.

Equusearch was involved in the search for Johnson, spending more than a week, covering a thousand acres. No sign of her was ever found.

Founder Tim Miller said, "More and more we're getting these domestic violence cases. What is America and its people becoming?"

Hardy, according to his statement to police, also tried to cover up Johnson's murder by cleaning the area with a mop and ammonia and placing scented candles around the remains.

He remains in the Galveston County jail. His bond has been set at a million dollars.

League City police are still investigating the murder. "We don't know if anyone else may have been involved," said Williamson. "There may be more evidence out there. We don't want to leave any stone unturned."