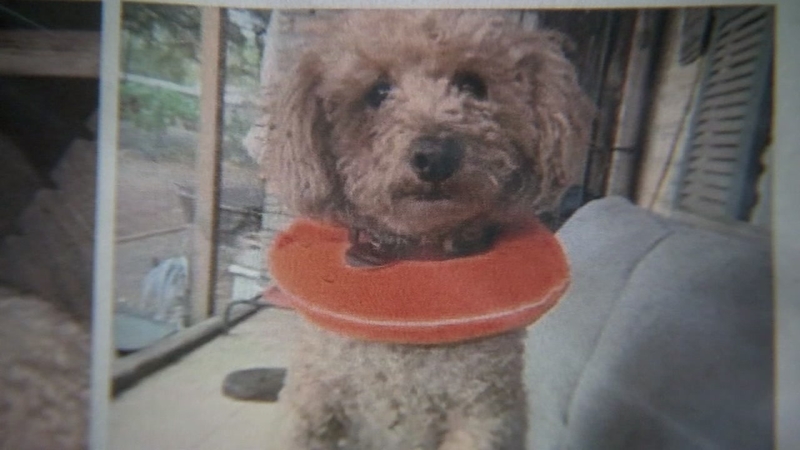 Family offering $1000 and truck for return of missing dog

HOUSTON, Texas (KTRK) -- There are rewards posted for the return of a missing pet. The one posted by a family in near-north Houston takes it to another level, which shows just how much they want their dog returned.

Cher Pesses and her husband are offering $1000, plus a truck to bring their dog back home.

Cheeto is a male miniature poodle, apricot in color. He was given to her husband by a homeless man, who said he couldn't care for him properly. He instantly became a part of the Pesses family.

One week ago, another one of their dogs was able to open the gate to their enclosed yard.

"That allowed them to get into the front yard," Cher said. "Cheeto didn't have his inflatable collar on, and he was able to wriggle through the fence in the front yard."

Cheeto was last seen on Caplin St. near Fulton. They have posted flyers up and down the block, driven miles looking for any sign of him, and neighbors have also searched.

"He's so sweet. He would go up to anyone. He loves people and other animals," Cher said. While she has received some calls, none of the descriptions match Cheeto.

They haven't told their granddaughter that he's missing, but each day that passes concerns them.

"Maybe someone saw a little dog that needed to be rescued. I don't know, but no questions asked. We just want our baby back," Cher said.