Vice President Mike Pence sets sights on new missions to the moon and Mars, too 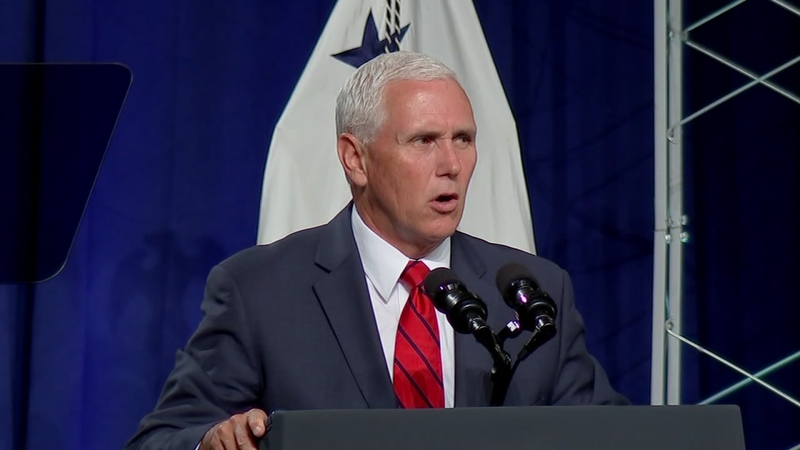 Pence spoke to a full auditorium this afternoon, including nine members of the astronaut core. He says today isn't about words that actions will follow.

"America will lead mankind to the stars once again," Pence said.

Pence, who also serves as chairman of the National Space Council, said there are plans to send humans back to the moon for the first time in almost 50 years and that will ultimately lead to a manned mission to Mars.

"We're not content with leaving behind footprints or even to leave it all. This time has come, we believe, for the United States of America to take what we've learned over so many decades, put your ingenuity and creativity to work and establish a permanent presence around and on the moon," said Pence.

The vice president says the administration is committed to the largest budget for NASA since the days of the Apollo program. He also acknowledged the role of private partners in the new missions, but it ultimately gives a boost to JSC.

Pence admitted he's a space geek and said he was like a kid in a candy store during his behind-the-scenes tour at the Neutral Buoyancy Lab.

He also looked at lunar samples that haven't been opened since they were gathered a half century ago.

Pence toured alongside Apollo 17 hero Jack Schmitt, who traveled the country's last crewed mission to the moon in 1972.

"We will return to the moon, put Americans on Mars and once again explore the farthest depths of outer space," said Pence.

The administration says the US Space Force, a new branch of the armed forces, will be established by 2020. Part of its mission will be to secure Americans safety from those "weaponizing space."