Nichols' death was announced in a statement by ABC News President James Goldston.

"He was a true visionary, winning the highest honors in the arts for his work as a director, writer, producer and comic and was one of a tiny few to win the EGOT-an Emmy, a Grammy, an Oscar and a Tony in his lifetime," Goldston said in the statement. "No one was more passionate about his craft than Mike." 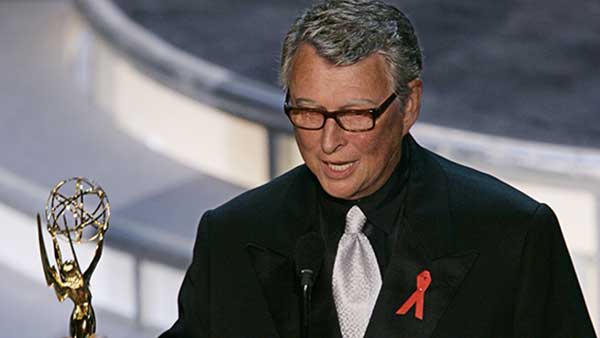 Mike Nichols' life in pictures
The legendary screen and stage director-producer died Wednesday. He was 83.

Nichols is best known for his work on movies like "The Graduate," "Who's Afraid of Virginia Woolf?" and "Charlie Wilson's War." He won the Oscar for best director for "The Graduate" in 1968.

Nichols was also a groundbreaking comedy performer who teamed with Elaine May as a popular act onstage and television.

One of his most significant achievements was joining the elite group of EGOTs. This means he won at least one each of the major entertainment awards: Emmy, Grammy, Oscar and Tony. Only 11 other people have attained all four awards.

At the time of his death, Nichols was working with HBO on a television adaption of the 1995 Terrence McNally play "Master Class." The project would have reunited him with frequent collaborator Meryl Streep.

Nichols was the husband of ABC News Anchor Diane Sawyer. He is also survived by his children Daisy, Max and Jenny, and four grandchildren.

German-born, Nichols emigrated to the United States near the beginning of World War II. He graduated from the Walden School in New York City and then studied medicine at the University of Chicago. It was there that his passion for theater and comedy ignited, according to ABC News.

Members of the ABC News community, the Hollywood and Broadway communities and beyond took to social media to pay tribute.

RIP Mike Nichols. A comedy genius and a legendary director.

Goldston said the family will be holding a small private service this week.