ABC13 anchor Mayra Moreno spoke with undocumented immigrants during our coverage on the border crisis. She spent time in Roma, Texas, where dozens of immigrants say it's the start of their journey into the U.S.

HIDALGO, Texas (KTRK) -- In a small neighborhood, at a dead end, Eyewitness News crews explored a small trail through thick brush in the dark.

ABC13 anchor Mayra Moreno, who has been covering the recent border crisis for months, ended up hiking about half-a-mile down the trail where Mexico meets the U.S. and is separated by the Rio Grande River.

The moon glistened upon a fast moving river all around the area. She reported seeing deflated rafts, life jackets and water bottles scattered all through the area.

We waited patiently for any signs of immigrants crossing.

Not long after, the first raft filled with immigrants began to make its way down the river. It included several young children, some men and a few young women and mothers.

Moreno spoke with each and every one of them on their journey.

Read about her journey to the Rio Grande Valley and covering the border crisis in her Reporter Notebook below:

I first spoke to a man named Jairo - he's from Honduras traveling alone with his one-and-a-half-year-old son.

He said it was a long trip and said this is a dream he's thought about for a long time. Thanks to God, he believes everything will be OK.

He said there is no work in Honduras and the only way to move his family forward is to make it here.

Monica Jasmin, who is 21 years old, was full of emotions. She said they traveled for 18 days straight and is from Guatemala.

She said it was the most frightening ordeal - being stuck in a van for hours with no idea of where they were.

"I left Guatemala because life is so hard there," she said in Spanish. "There are no jobs and I'm a single mom with two kids to care for."

Dominca, who is 14, traveled alone. She said her mom is in the U.S. but has no idea where. Her father abandoned her and her grandmother would no longer be able to care for her.

Jorge Lima, who is also from Guatemala, was also in tears when he spoke with me. He was full of emotions.

He and his 4-year-old son traveled alone - he said his country is run by cartels. Though he can't read, he pulled out a piece of paper with the name and address of someone in the U.S. that's supposed to take him in.

Overcome by emotions, the group huddled together and began praying, saying, "Thank you. God, thank you."

You would think this is a family, but they're all strangers, bound together by their journey to America and their hopes for a better life. More groups just like them made it in that night.

Border Patrol and the Starr County Sheriff's Office were there ready to process them. This was the beginning of a long night ahead for the agents and sheriff deputies."

The Border Patrol's more than 173,000 encounters with migrants on the Mexican border in April were the highest level since April 2000, though the numbers aren't directly comparable because more than six of 10 last month had been expelled. Being expelled carries no legal consequences, so many people try to cross multiple times.

Authorities encountered 17,171 children traveling alone in April, the highest number since an all-time high of 18,960 in March.

There were about 50,000 people encountered in families in April. About one of every three families was expelled to Mexico. The rest were allowed to remain in the United States to seek asylum. 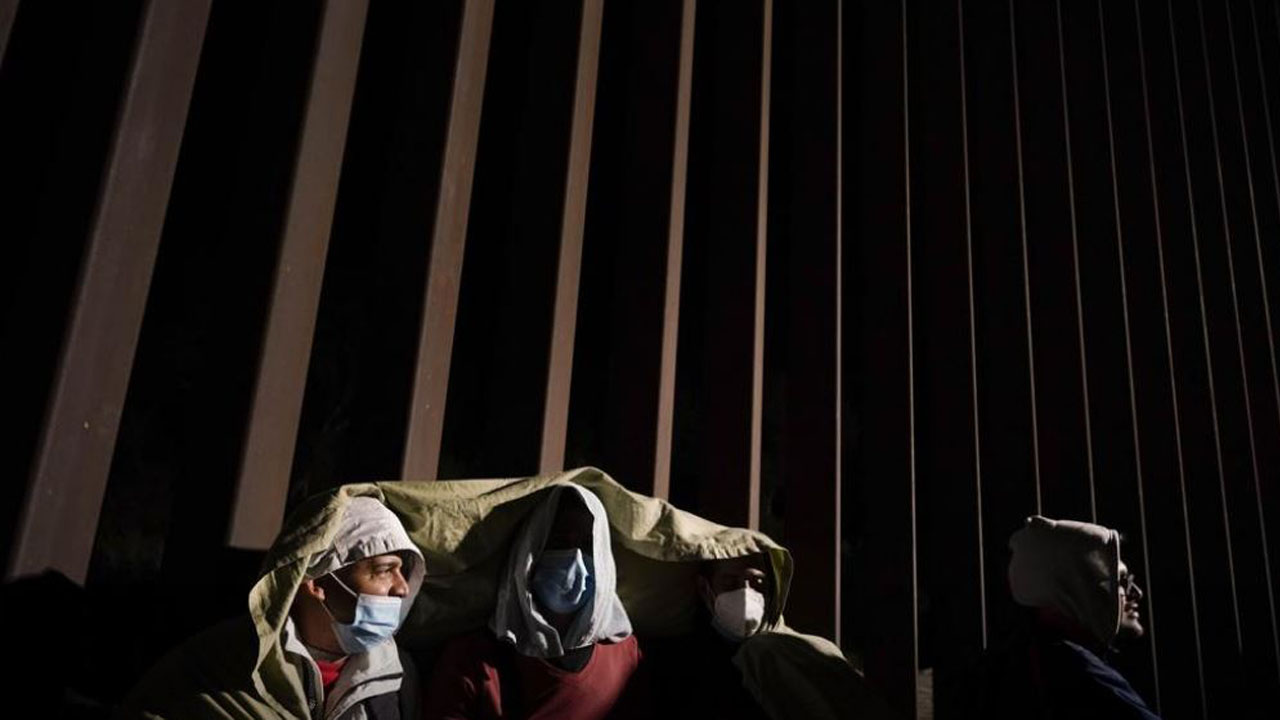