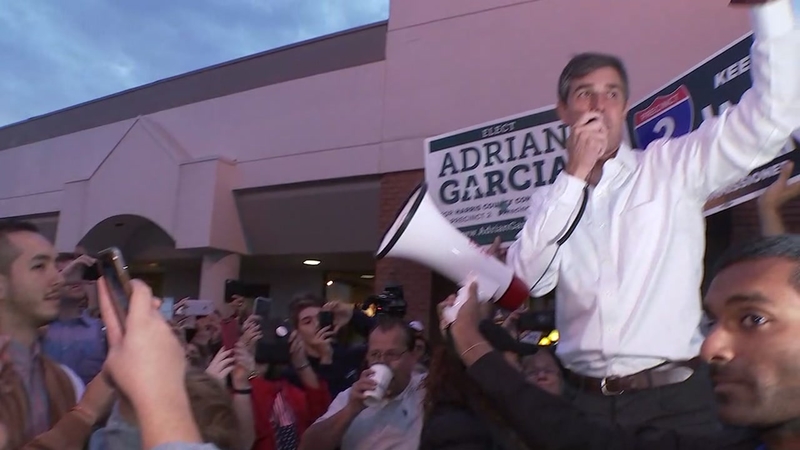 HOUSTON, Texas (KTRK) -- Midterm elections are upon us and the candidates are keeping up their push to campaign.

It's a busy day Monday for both Sen. Ted Cruz and his challenger Rep. Beto O'Rourke as they continue their campaign trail.

Monday evening Sen. Cruz will be present at President Donald Trump's rally before he heads out to San Antonio with Senator Cornyn.

Rep. O'Rourke will be making stops around Houston, Spring, Pasadena, Missouri City, and Rosenberg before he heads out to central Texas.

Meanwhile, O'Rourke's campaign is being sued over the amount of campaign text messages being sent.

According to documents, a man from North Texas claims he received nine messages from the campaign.