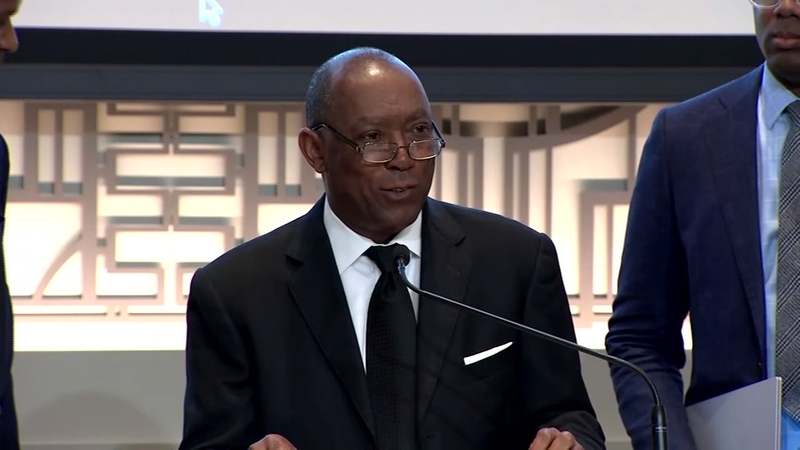 HOUSTON, Texas (KTRK) -- Houston, which is known as the energy capital, Space City and home to the world's largest medical center, could soon be known for technology.

At a press conference Friday, Mayor Sylvester Turner said, "If you thought it couldn't get any better today says it does get better."

Why is Houston so far behind?

Egan is the director of the McNair Center for Entrepreneurship and Innovation at Rice University's Baker Institute. He says Houston is in danger of dropping out of the Top 50 Tech Cities.

"We're very much hitched to the old winds of oil and gas economy. Which is very dependent on the oil price," said Egan.

Mayor Turner announced Houston is the first city in the nation to partner with Microsoft for an "Internet of Things" alliance. The collaboration will provide STEM education at schools from Microsoft, teach computer literacy skills to adults and work on transforming Houston into a "smart city" of the future. That could mean anything from increased traffic sensors to more fuel efficient buses by using technology.

"Microsoft will up Houston's technology game starting at the grassroots. It will adopt one or more middle schools or high schools in a five complete community neighborhood," said Turner.

The mayor called Houston's failed bid for Amazon's second headquarters a wake-up call. Since then, quick work has been made at the iconic Midtown Sears building where Rice University is leading the transformation into an innovation hub for tech start-ups. TMC 3 is scheduled to break ground next year on a 30-acre biomedical research campus.

Egan says creating a corridor where the technology is together is one of the best things Houston can do. While today's "Internet of Things" impact won't be as quick or as tangible as some of the other tech projects, he says if Houston wants to be competitive it must move in this direction.