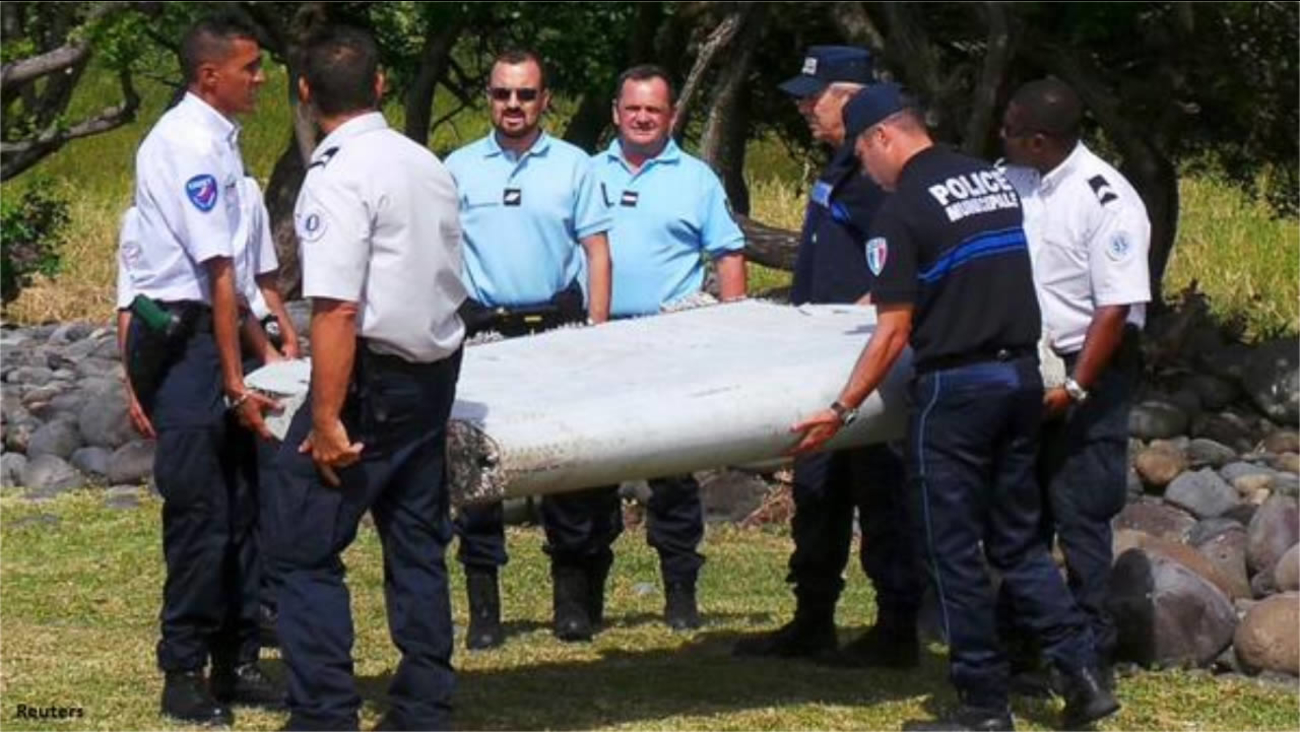 Malaysian leaders confirm the debris found on Reunion Island is a wing fragment from the missing Malaysia Air Flight 370. (AP)

KUALA LUMPUR, Malaysia -- The Malaysian government was certain: The airplane part found on an Indian Ocean island came from Malaysia Airlines Flight 370. Investigators in France weren't so sure quite yet.

And those differing approaches created confusion and anguish Thursday for the families of those aboard the ill-fated flight.

"From our first observation, the color tone and all maintenance records that we have, we know," Malaysian Transport Minister Liow Tiong Lai said. "Our records show that it's the same as MH370."

He added that there are "many other technical details that I do not have to reveal" that confirm the part is from Flight 370.

Malaysian Prime Minister Najib Razak announced early Thursday that the piece of debris, known as a flaperon, came from the doomed aircraft, but authorities in France, the U.S. and Australia have stopped short of full confirmation.

The dissonant comments infuriated many relatives of the 239 people on board the plane, who have waited more than 500 days for concrete clues into the fate of their loved ones. Dai Shuqin, the sister of a passenger, was among about a dozen Chinese relatives who held a demonstration outside Malaysia Airlines' offices in Beijing.

"France is being cautious about it, but Malaysia is desperate to put an end to this case and run away from all responsibilities," she said.

Liow said differences with other countries amounted to "a choice of words."

He also said more debris has been found on Reunion Island and was sent to local authorities for French investigators to examine. However, the Paris prosecutor's office, which is spearheading a French legal inquiry into the crash, denied that investigators had any new debris, and multiple French officials involved in the investigation in Reunion and in Paris said they also were unaware of a new discovery.

The officials requested anonymity, because they did not want to appear critical of the Malaysian investigation, but those contradictory statements about new debris threw more confusion over an investigation that has often seemed inconsistent, to the dismay of families of those lost.

Liow said a Malaysian team found the objects, including a window and some aluminum foil, but an aide to the minister later said it was "window material" rather than a window that was recovered.

"I can only ascertain that it's plane debris," Liow said. "I cannot confirm that it's from MH370."

France said it is deploying a search plane, helicopters and boats around Reunion in hopes of spotting more debris that might be from Flight 370.

In an announcement late Thursday, the government said it understands the pain of families who lost loved ones, "for whom this discovery has awakened the hope of shedding light on the circumstances of the disappearance of flight MH370."

French officials have said no other airplane debris has been found.

The disappearance of the Boeing 777 jetliner while on a flight from Kuala Lumpur to Beijing on March 8, 2014, has been one of the biggest mysteries in aviation history. Officials believe it crashed in the southern Indian Ocean, killing all aboard, but the wreckage and the cause remain elusive.

"It is with a very heavy heart that I must tell you that an international team of experts has conclusively confirmed that the aircraft debris found on Reunion Island is indeed MH370," Najib told reporters.

But at a news conference in Paris, Deputy Prosecutor Serge Mackowiak said only that "the very strong conjectures are to be confirmed by complementary analysis that will begin tomorrow morning."

The Australian government, which leads the seabed search for wreckage west of Australia, was also less certain than Malaysia, saying only that "based on high probability, it is MH370."

However, Australian Transport Minister Warren Truss said Australia respected Malaysia's right to make that call, given that it is in charge of the investigation.

"Of course, there is still some I's not dotted and T's not crossed. There is still a very small element of doubt," Truss said.

Many Flight 370 families said they were fed up with the mixed messages.

"Why the hell do you have one confirm and one not?" said Sara Weeks, the sister of New Zealander Paul Weeks, who was on board. "Why not wait and get everybody on the same page so the families don't need to go through this turmoil?"

A U.S. official familiar with the investigation said the flaperon clearly is from a Boeing 777. However, a team of experts in France examining the part hadn't yet found anything linking it specifically to the missing plane, the official said, speaking on condition of anonymity because there was no authorization to talk publicly about the case.

No other 777s or flaperons are known to be missing, but the U.S. and Boeing team members are trying "to be precise," the official said.

Australia, which sent an official to France to help examine the flaperon, has said the find will not affect its sonar search of a 120,000-square-kilometer (46,000-square- mile) expanse of seabed more than 4,000 kilometers (2,500 miles) east of Reunion Island.

That search, which began in October, has covered almost half that area without finding any clues.

Australian Prime Minister Tony Abbott told Melbourne Radio 3AW that the apparent discovery of Flight 370 wreckage "does seem very consistent with the search pattern that we've been using for the last few months."

"Let's hope we can turn something up," he said.

It is not known why Flight 370 - less than an hour into its journey - turned back from its original flight path and headed in an opposite direction before turning again and flying south over the Indian Ocean for hours.

A six-week air and sea search covering 4.6 million square kilometers (1.8 million square miles) of the southern Indian Ocean surface last year failed to find any trace of the jetliner. The Reunion Island debris would support the working theory that the jet went down in the Indian Ocean and the debris was carried west by the current.