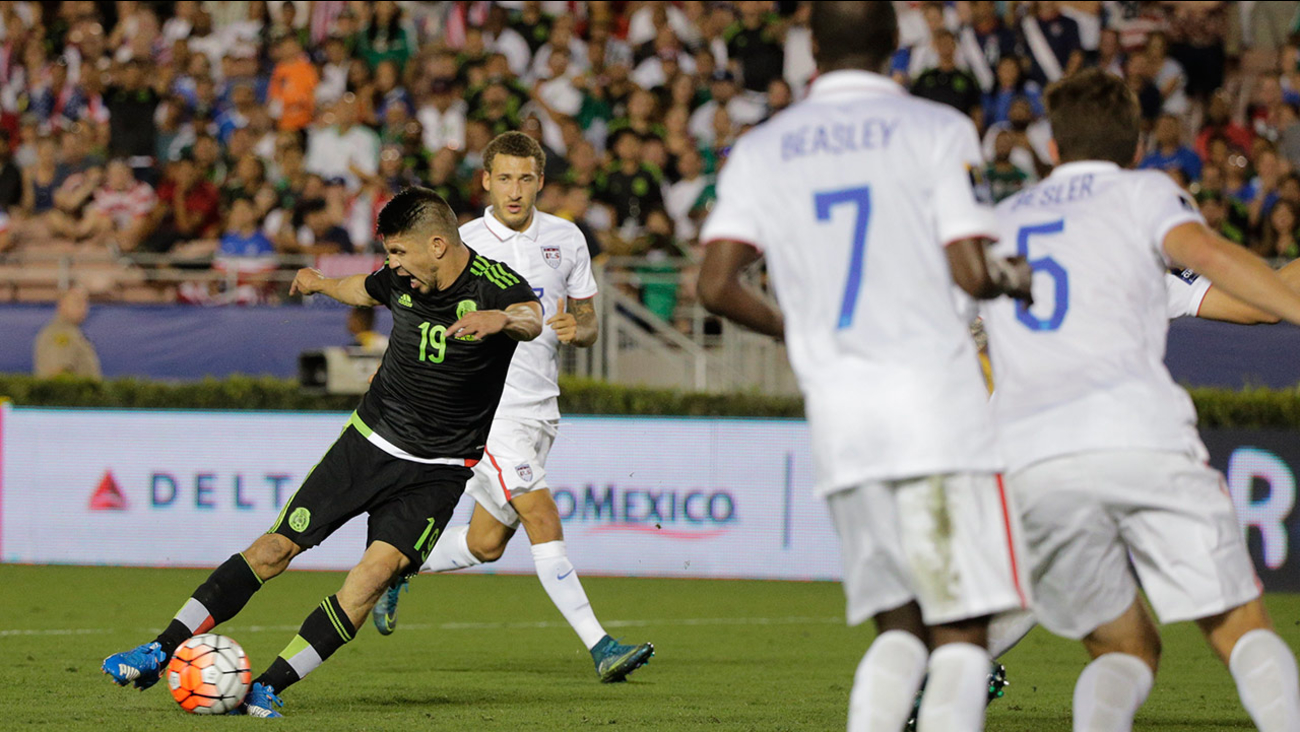 PASADENA, CA -- Paul Aguilar scored Mexico's second goal of extra time on a stunning volley in the 118th minute, and Mexico earned a berth in the 2017 Confederations Cup with a 3-2 victory over the United States on Saturday night

Aguilar rocketed his shot past Brad Guzan after Raul Jimenez passed the ball over his head and into the penalty area, putting a thrilling finish on the latest chapter of this rivalry at the sold-out Rose Bowl.

Javier Hernandez scored an early goal as Mexico beat the U.S. for the first time since the 2011 CONCACAF Gold Cup final.