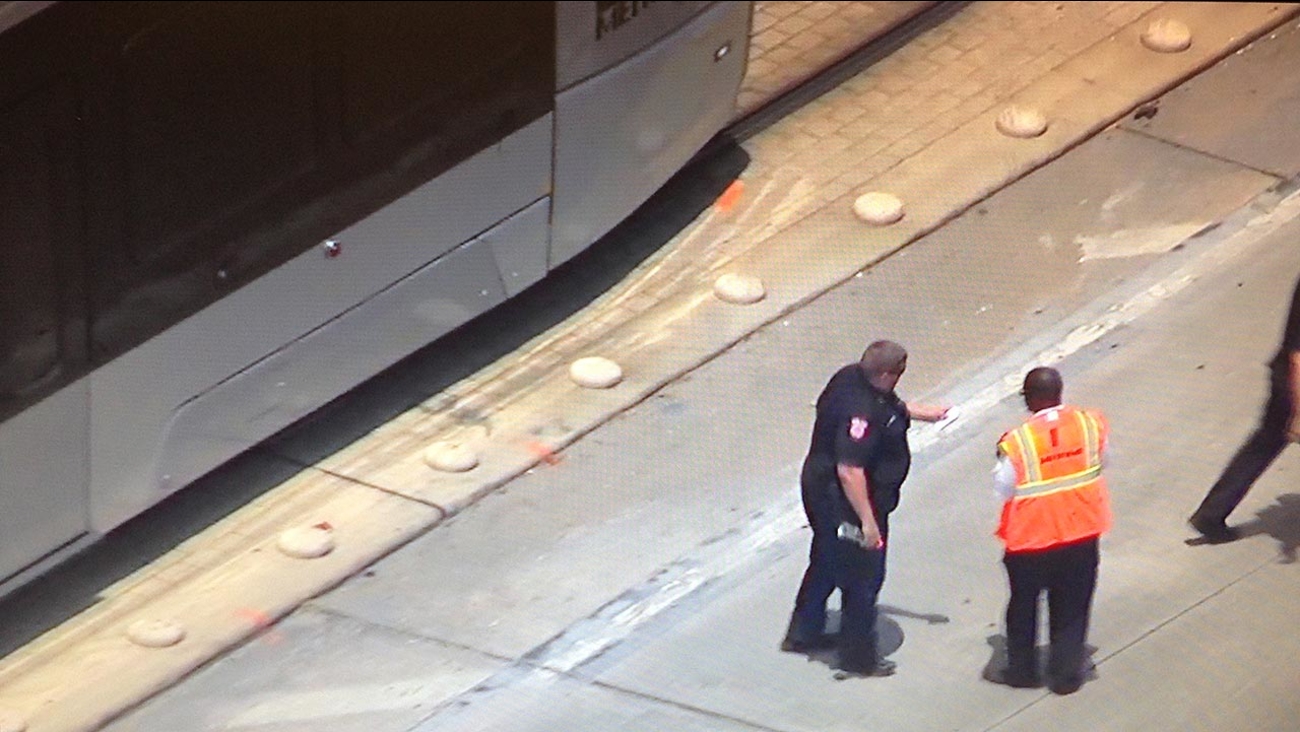 HOUSTON (KTRK) -- A pedestrian has been struck by a METRO light rail train in southeast Houston, near NRG Stadium.