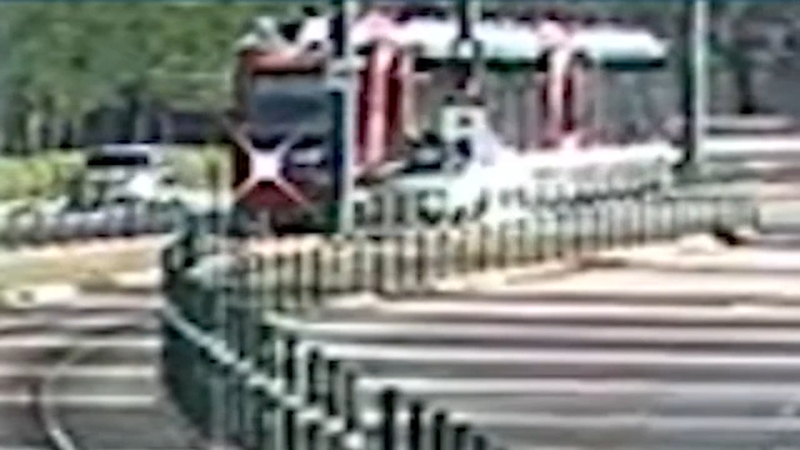 HOUSTON, Texas (KTRK) -- New video shows the moment a driver's commute came to an abrupt halt when her car collided with a METRORail and ended up wrapped around a pole.

The dramatic crash happened Aug. 21 at OST and Greenbriar in the Texas Medical Center.

TRAIN/CAR CRASH: we were at this scene 3 weeks ago. The aftermath was dramatic. The video is even more so. @METROHouston says we all can learn a lesson from this...
More at 10pm. #abc13 pic.twitter.com/L2Hj1Otffu

METRO says the driver ran a red light and caused the crash. The train hammered her passenger's side, pushing the car into a pole.

Newly-released video shows the impact from several angles. The car was almost cut in two.

First responders at the scene that evening told ABC13 the driver escaped with non-life threatening injuries.

"We're thankful for that," said METRO Police Chief Vera Bumpers, who is now using the video as a teaching moment. "You should be aware of your surroundings and make sure you're focused and paying attention."

She wants drivers and pedestrians to not only look at the lights and signals, but also listen for the train's horn.

She says METRO officers are stepping up traffic enforcement efforts around the rail line, especially in the Texas Medical Center.

"Nothing is more important than paying attention because we're talking about life," Bumpers said.