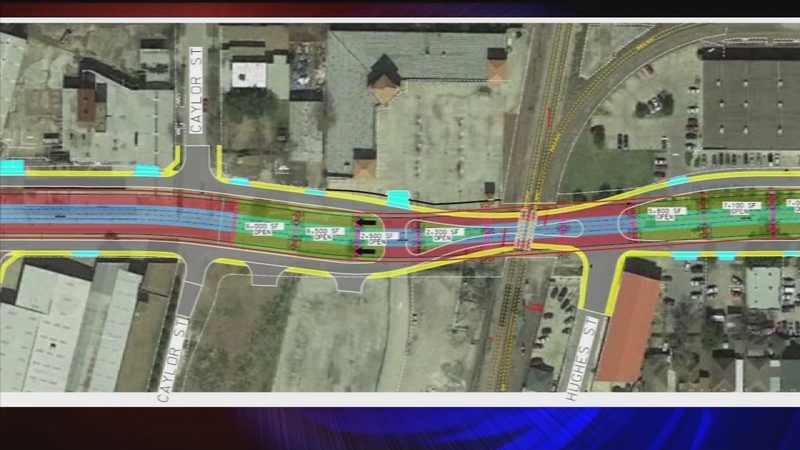 HOUSTON (KTRK) -- The Harrisburg rail line is built and undergoing testing. But it has a gap between two sections that's several blocks long. They're separated by freight rail tracks, where trains frequently make their way through the East End.

In three years or so, that should change.

On Wednesday, Houston City Council approves $10 million toward building an overpass for both the METRO light rail trains and regular vehicles. The METRO board already approved $33 million for the project.

The neighborhood had pushed for a tunnel cutting beneath the freight tracks. Confirmation of soil contamination that those in the neighborhood already knew existed made that impossible.

METRO President Tom Lambert says contaminated soil disturbed by the massive bridge pilings will be removed. He expects a construction bid to be awarded by the end of the year. The project is expected to take three years to complete.

For some who live and do business on Harrisburg, it's "no way to run a railroad."

Leona Joseph has worked for years in the area, and wonders why all the issues involving the rail line were addressed before initial construction started years ago.