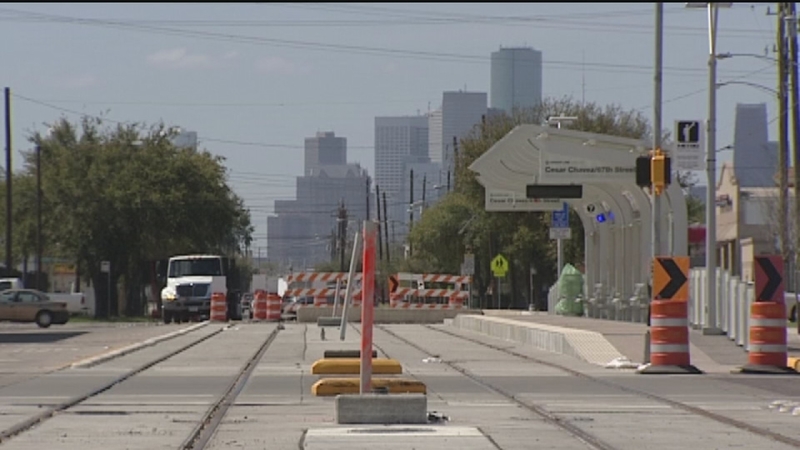 HOUSTON (KTRK) -- It's a big decision for METRO. The transit authority has decided to build an overpass on the new East End line.

The overpass will be built at Harrisburg near Hughes. But even after years of debating and testing and spending and minds changing, METRO board members were asked Thursday to wait another month to make this decision.

"We need 30 days to figure this out," Houston City Councilman Robert Gallegos said.

Gallegos was one of two Houston councilmen to ask for the delay, but in the end METRO decided years of debate is long enough.

"We need to move forward and sometimes it's a painful process," METRO board member Cindy Seigel said.

METRO is spending $587 million of taxpayer money to build a 3.3 mile rail line in Houston's East End -- that's $3,000 an inch. But it couldn't figure out how to get over or under a freight rail line that cuts through the East End.

In 2011, the agency decided to go under and spent $8.6 million more designing an underpass before spending a million more for new testing to determine there was too much environmental contamination to continue.

On Thursday, the board voted unanimously to stop the delay and build a $40 million overpass.

Don't look for this to happen overnight. It will take 2 and a half years, if not longer, to get it built so trains can go from one end of the East End line to the other.

"We've got to find a way to make up time, got to," METRO board chair Gilbert Garcia said.