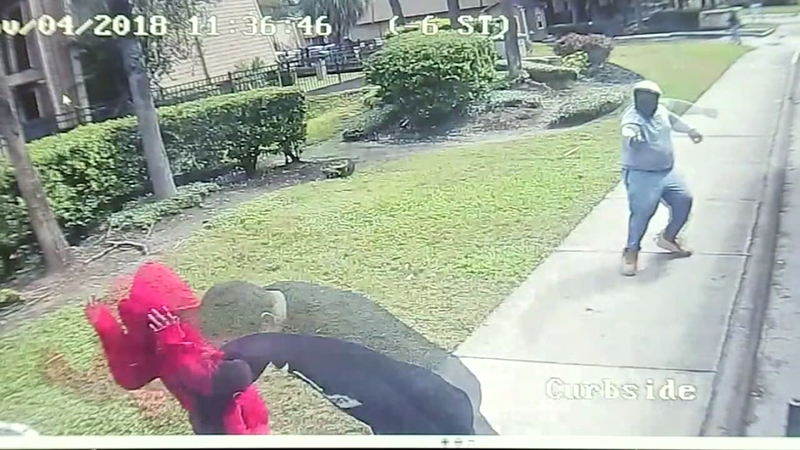 HOUSTON, Texas (KTRK) -- For the first time, we are getting newly released video of a shooting at a METRO bus stop.

On Sunday, Nov. 4, two people were shot when a gunman opened fire on Imperial Drive.

Eyewitness News obtained the exclusive surveillance video, shot from the cameras on the METRO bus.

The video shows the gunman opening fire, and two men dropping to the ground.

Police say 24-year-old Christopher Bankhead was shot twice in his back, and was seen struggling to move his legs moments after the shooting. He is now paralyzed from the waist down.

"You can't just go hurt somebody and try to take someone's life and get away with it," Kendra said. "That's not right and it's not fair to us, to my brother or to anyone else that's going through that."

Kendra says she's angry, not just because of her brother's injuries. She says there's a constant act of gun violence within her own community.

"There's so many other ways to solve problems," Kendra said. "It makes everything look bad, and that's not good at all."

Police have not made any arrests yet, but Bankhead's family is hoping there's progress in finding the gunman before something like this happens again.

"Christopher has a big heart. He's nice," Kendra said. "We keep our family close to each other. We don't really associate with outside people, so I know there's no reason that they had to actually do this to him."

Bankhead's family is struggling with his medical bills, and has set up a GoFundMe account for assistance.