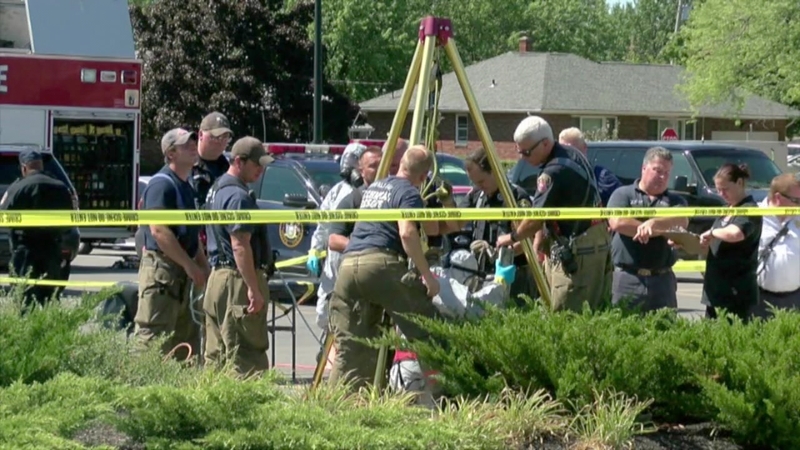 AMHERST, NY -- A suspected meth lab was uncovered in the heart of Amherst, N.Y. Police believe a culvert is how the suspect or suspects got underground, WKBW-TV reports.

All of it was happening in a very busy section; the suspected meth lab was found underneath a Walmart.

Covered head to toe in protective gear, members of the state police hazmat team descended into a manhole, busting what they call a suspected underground meth lab.

One by one, police reeled in buckets of evidence, including pop bottles, suspected methamphedamine, spray paint cans and other meth-making materials.

But perhaps the most shocking twist of all is where police say the meth was being made - underground in the parking lot a Walmart.

Police say the suspects entered through an underground drain culvert, which is on the side of the Walmart on Sheridan Drive.

Raelynn Marshall, manager of Batteries and Bulbs, which just opened in a nearby plaza, says the meth lab cleanup began on her store's opening day.

"There's a lot of tunnels down there that could travel through all of this, so that's all we need is to go boom!" she said.