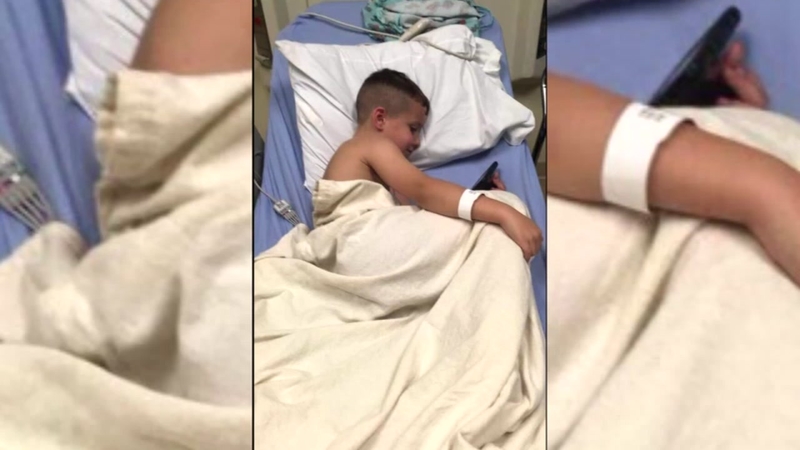 GALION, Ohio -- Police in Galion, Ohio, are investigating if a child was given a Halloween candy laced with methamphetamine.

According to police, a 5-year-old boy was treated for consuming an illegal substance after trick-or-treating Sunday night.

"Found out the child had tested positive for methamphetamine in his system," said Galion Police Chief Brian Saterfield.

SEE ALSO: Clear Lake woman accused of carrying 3 kids and $200,000 worth of meth in car

Chief Saterfield says authorities are not sure if the child ate laced candy, but according to the boy's parents, he was playing with a vampire mouth toy he got while trick-or-treating. A few seconds later, he started to have a seizure.

"Since then, we have taken a piece of evidence to the crime lab," Chief Saterfield said.

Since the incident the whole community has been on high alert.

"I won't be taking my kids out trick-or-treating anymore. I will buy them candy and that will be the end of it," said parent Autumn Meuser. "That kid could've died."

"At the end of the day, a 5-year-old with methamphetamine, however it was ingested, was not good," said Chief Saterfield.

The boy is expected to make a full recovery.