"It shouldn't have gotten this crazy," said the rapper in a new interview.
KABC 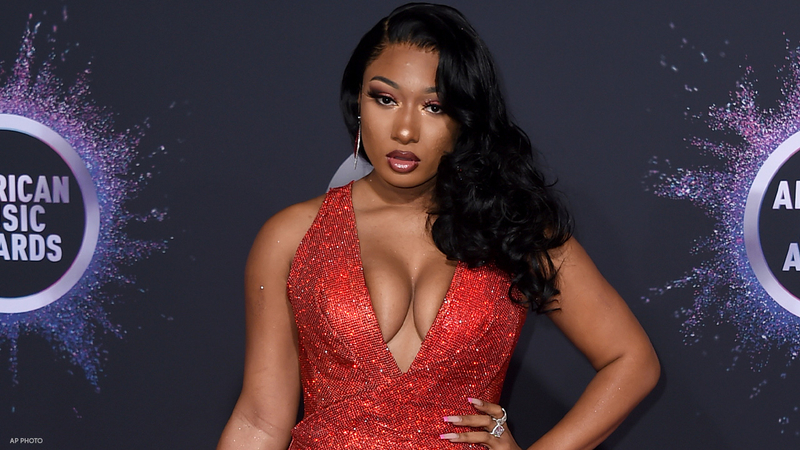 Megan Thee Stallion on alleged 2020 shooting: 'I was really scared'

LOS ANGELES -- Rap superstar Megan Thee Stallion said she was scared for her life during an incident where she claims she was shot by rapper Tory Lanez.

In a new interview with "CBS Mornings," Megan claims the incident - which unfolded in the Hollywood Hills after a party on July 12, 2020 - stemmed from an argument.

"I was ready to go and everybody else wasn't ready to go, but that's like normal friend stuff. We fuss about silly stuff all the time," she said.

Authorities allege Lanez, whose legal name is Daystar Peterson, fired at Megan's feet during the argument after she had gotten out.

"I never put my hands on anybody, I never raised my voice too loud. This was one of those times where it was like ... it shouldn't have gotten this crazy," said Megan.

Earlier this month, Peterson was briefly jailed after a judge said he had violated a protective order in the felony assault case in which he's charged with shooting Megan.

He posted bail and was released several hours later.

At the hearing, Superior Court Judge David Herriford found that Peterson had violated orders that he not contact or harass Megan and that he not discuss evidence with outside parties.

While Peterson didn't directly contact Megan, Herriford said some of his tweets appeared to be clear messages to her, and he ordered Peterson not to mention her in any social media.

Peterson's lawyer, Shawn Holley, said in court that he did not supply information to a Twitter user who posted in February that Peterson's DNA was not found on the weapon in the case.

In her argument, Holley said the tweet, now deleted, was not entirely accurate. She said that an investigation showed there were four DNA contributors on the handgun, making it inconclusive whether Peterson's DNA was found.

She said his DNA was definitely not found to be on the gun's magazine.

A September trial date was selected, and Peterson was told to return for a June hearing. He has pleaded not guilty.

After months of speculation and publicity surrounding the incident, Peterson was charged with felony assault in October 2020, and in December of last year a judge determined there was enough evidence for him to go to trial.

After his initial arrest, Peterson tweeted that "the truth will come to light."

Peterson has had a successful run of mixtapes and major-label records since his career began in 2009, with his last two albums reaching the top 10 on Billboard's charts.

Megan was already a major up-and-coming star at the time of the incident, and has thrived since.

She won a Grammy for best new artist in 2021, and had No. 1 singles in the Billboard Hot 100 with her own song "Savage" featuring Beyoncé and as a guest on Cardi B's "WAP."