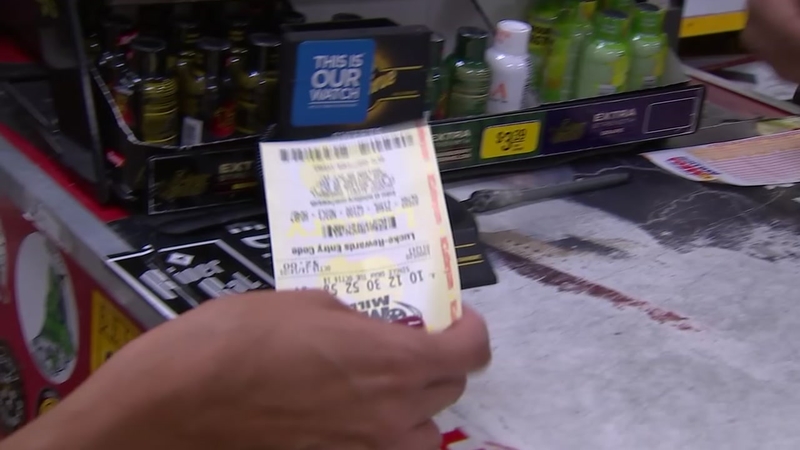 The Mega Millions and Powerball jackpots continue to soar after no winners in recent weeks, and the two combined are now worth over $1.3 billion.

No one hit Wednesday's Powerball jackpot worth an estimated $345 million.

The jackpot for Saturday's Powerball drawing has now grown to $430 million with an estimated cash value of $248 million.

Meanwhile, no one hit the jackpot on Tuesday night in Mega Millions, so the drawing will be worth at least $900 million on Friday -- the game's largest jackpot ever.

That drawing was worth $667 million, the third biggest lottery jackpot in U.S. history.

The previous Mega Millions record was $656 million, shared by winners in three states in 2012. The estimated cash value of Friday's drawing is now $513.4 million before taxes.

There were eight $1 million winners across the country in Pennsylvania, California, Florida, Georgia, Kentucky, New Jersey, and New York. The ninth winner took home a $5 million prize in Texas.

The jackpot has grown so big because the last Mega Millions winner was drawn on July 24, when a California office pool of 11 coworkers shared $543 million -- the largest prize ever won on a single ticket in the game.

The biggest all-time lottery jackpot was a $1.6 billion Powerball prize in 2016.
Mega Millions jackpots start out at $40 million and roll over if there is no jackpot winner. Overall odds of winning the jackpot are 1 in 302,575,350. Tickets are sold in 44 states plus the District of Columbia and the U.S. Virgin Islands.