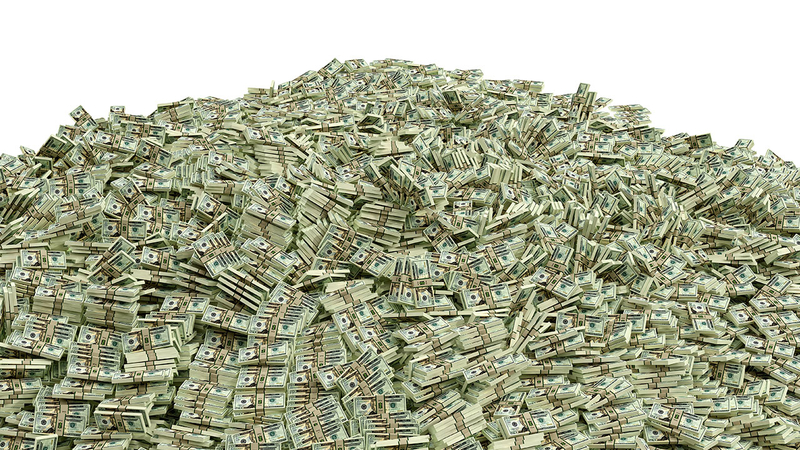 With the Mega Millions estimated jackpot peaked on Tuesday, many were wondering just how much $1.6 billion is worth.

The singular winner who hit all six numbers on Tuesday will receive the jackpot, which is now estimated to be $1.5 billion. This unknown person has now become one of the wealthiest people on the planet. The lucky winner's net worth surpasses that of Lady Gaga, Jennifer Lopez and George Clooney.

Although the winner of the jackpot won't wind up with the full amount, we decided to have some fun seeing all the things one could buy with original estimated jackpot of $1.6 billion.


The Buffalo Bills - Believe it or not, even that kind of cash couldn't buy you most NFL teams, according to Forbes. The winnings, however, are exactly equal to the estimated value of the Buffalo Bills.

Four Boeing 747s - Who needs one jumbo jet, when they could have four? At a price of $376.8 million, the jackpot is equal to the price of four of these with a little left over.

3,830 Lamborghinis - Want to get a brand new Lamborghini for all of your closest friends? With that much money, you could do that and still have Lamborghinis to spare.

Unlimited nights living in luxury - With this kind of dough, ABC News reports, you'd have enough money to spend nearly 150 years on the 50th floor of the Four Season Hotel New York, which costs a measly $30,000 a night. You could live there the rest of your life, and you'd still have plenty of money left over for a lavish lifestyle in the city.

RELATED: Why do the lottery jackpots get so high?

1.6 million iPhone Xs - As a new iPhone (64 GB) costs just shy of $1,000, the winnings are enough to go to a city about the size of Philadelphia and pass out an iPhone to everyone.

8.6 billion pencils - At a cost of $2.24 for a box of a dozen pencils, the winnings are enough to purchase more pencils than there are people on the planet.


RELATED: What to consider if you win the lottery