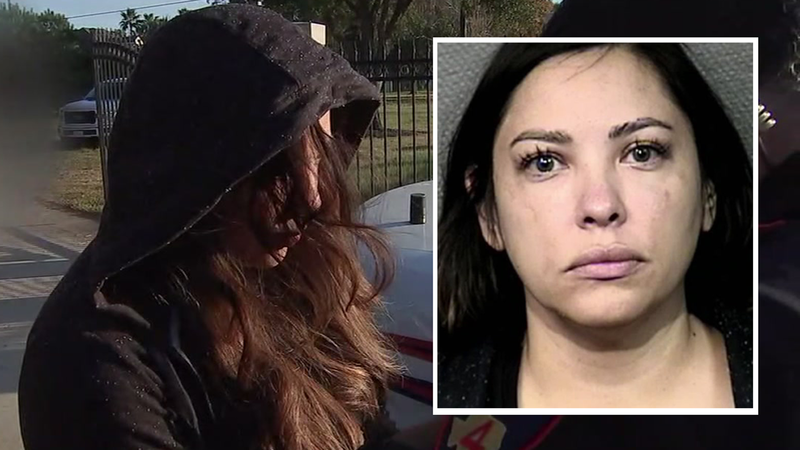 CYPRESS, Texas (KTRK) -- A licensed cosmetologist is the latest person arrested in a police crackdown on illegal medspa procedures.

ABC13 was there when Melissa Galvan, 46, was arrested at a relative's house in Cypress.

She is charged with unlawfully practicing medicine without a license and accused of prescribing medication, even though she is not a doctor. It's a felony.

Investigators with Houston Police Department's Major Offenders Division said she was working out of Cypress Classic Hair Salon and Savvy Chic Medspa, both in northwest Harris County, doing injectables such as Botox and weight loss management.

Gretchen Hediger tells Eyewitness News she wanted to lose a little weight, so Galvan prescribed her what she thought was a water pill. Instead, it was medication for high blood pressure. She endured days of headaches and chest pains and was hospitalized.

"It's just horrible that people are writing scripts out or doing Botox that have no business doing it," Hedigar said. "I didn't think I was going to make it."

Galvan is the latest arrest in HPD's crackdown on illegal non-surgical cosmetic procedures.

Last month, nurse Michelle Bogle and Dr. Paula Springer were charged. Investigators believe they all worked together to "unlawfully practice medicine," and according to court documents, the prescription pad Galvan used belonged to Dr. Springer. The doctor's attorney did not respond to a request for comment.

Hedigar says the ordeal has opened her eyes.

"If you're not knowledgeable about what you're prescribing somebody, it could lead to death. I go to my doctor and that's about it. So, I learned my lesson and hopefully, they'll learn theirs, too," said Hediger.

Galvan did not respond to questions as she was being handcuffed. Her bond was set at $5,000.