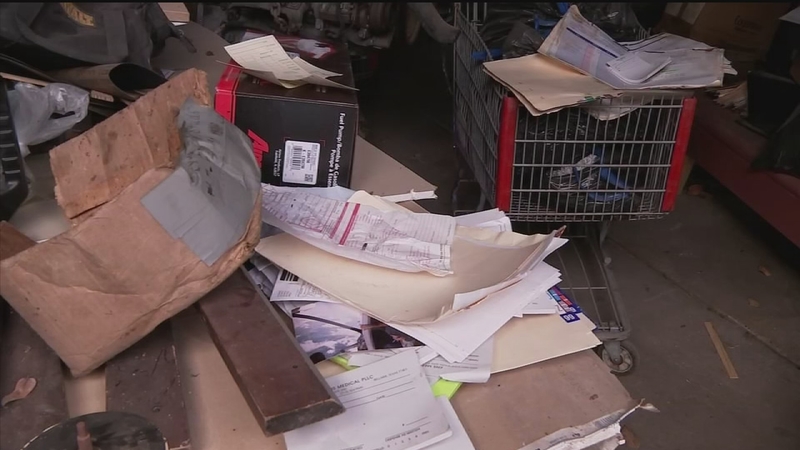 HOUSTON (KTRK) -- What's been found in a north Houston warehouse is astounding -- hundreds, if not thousands, of what appear to be medical records on abortions dating from 1992 to 2012.

Esmeralda Cedillo found the records in her warehouse, which has been unused for the past seven years. She says the records -- which have sensitive information such as abortion details and Social Security numbers -- were discovered when her dog was on the warehouse property, tore up several files, and then dragged them outside. When she went inside, she discovered not only the records but containers of opioid drugs as well.

Cedillo says the records were left in the warehouse by a now-estranged relative who works at an abortion clinic. Now, the warehouse owner doesn't know what to do.

"So I put myself in their shoes, and that's why I'm like, I don't want this to just get thrown out there," Cedillo said. "But I don't know what to do because I don't want to have them in my possession anymore. I want them gone."

Cedillo doesn't consider the dumpster an option because of the sensitive information in the files.

Our legal analyst says her relative may not actually have broken any HIPAA (Health Insurance Portability and Accountability Act) laws since the records were not shared or disseminated. But he adds that patients have every right to be upset about the possible negligence in handling of these records.