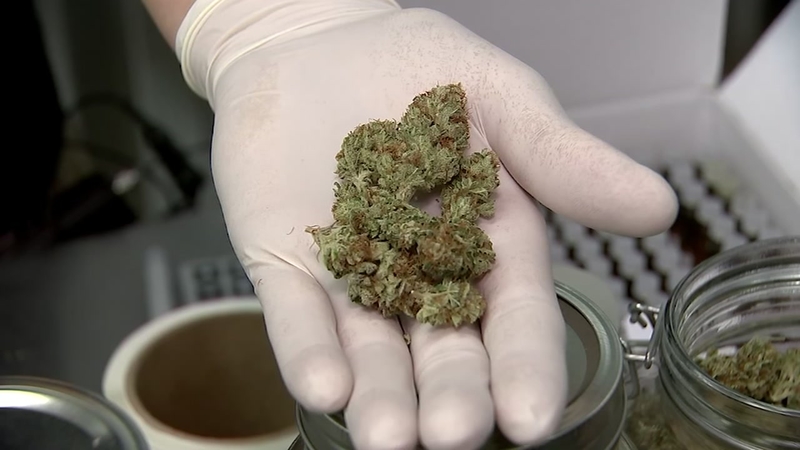 MARQUETTE, Michigan (KTRK) -- Texans are seeing careers in a plant once forbidden.

The high demand for medical marijuana across our country is leading to a so-called "green rush." Some high school grads even want to major in weed.

That quest for knowledge is leading them to the unlikeliest of places and far from our state's blue bonnets - in Marquette, Michigan.

"I'm going because I feel like it's a movement and it's a huge deal," Texas high school senior Seth Fichter said.

Marijuana, known on the streets as weed, is his future.

"Well, we don't know how far we can take it. I mean with M.S. and epilepsy, it's all still fairly new" Fichter said.

The Texas teen's parents didn't need to be sold. They're okay with Seth's decision to study pot.

"When the tech industry started, there were people in the right place. They were like, 'This is going to be big,' and I think he saw something," Seth's father Todd told us.

On the campus of Northern Michigan University, medicinal plant chemistry is offered as a major.

Josie Mollohan is currently enrolled in the program at NMU.

"Just because it's something that you can get high from doesn't mean it's necessarily scary," observed Mollohan. "And it doesn't necessarily mean that's the way that the chemicals are going to be used."

Students here learn the science of all types of living vegetation, with an end goal of harnessing any of their healing powers.

"There are a lot of pharmaceuticals and medicines that people use every day, and they don't realize they're from plants," Mollohan pointed out.

Professors stress that it's a highly technical program, even if one of the classes is called "CH-420," a nod to cannabis' unofficial day of celebration.

"We say they're not studying marijuana at all. What they're studying is the scientific underpinnings of how medicinal plants work, and how you would prepare a medicinal plant delivered to a patient," insists Mark Paulsen, a professor in the NMU program.

Budding in popularity, the student body here is growing like a weed. The curriculum's first semester kicked off last fall with 25 students.

Currently this winter, there's 47 students. For the upcoming fall of 2018, the university has received over 700 applications so far.

"We weren't expecting it to be that popular so quickly," associate professor Brandon Canfield said. "I think when people start to hear about the program and what we're doing, we're not just growing marijuana. We're not growing it at all actually."

The four-year degree comprises of 120 course credits. Students are required to take organic chemistry, plant physiology, chemical equilibrium, as well as a multitude of entrepreneurial courses, catering to those who'd want to start their own medicinal business.

The idea of majoring in weed down in Texas might seem weird or even far-fetched, but in Michigan, it's a money-maker.

"Most of the people that come to the store are older, people who have to take a lot of different medications," said Allan Acevedo, who runs CloverLand dispensary in Michigan. "And so they're either hoping that cannabis or Cannabidiol can help them to alleviate that, or to not have to take the original medication to begin with."

Living with PTSD, as well as a traumatic brain injury from his deployment in Iraq, Army veteran Casey Desotell was on 13 different medications before transitioning to cannabis. Like anything, he says it's all about moderation.

"You don't go and you just do a ton of it. it's like drinking. You be responsible. And responsible people do responsible things. It's an aid. It's a medicine and something to help you," Desotell said.

Back here in Texas, the state's first dispensary just opened up in Austin, something Seth Fichter is happy to see as he prepares to break into the industry.

"Even if you don't like the recreational side of the drug, it's doing a lot of good things," Fichter said.