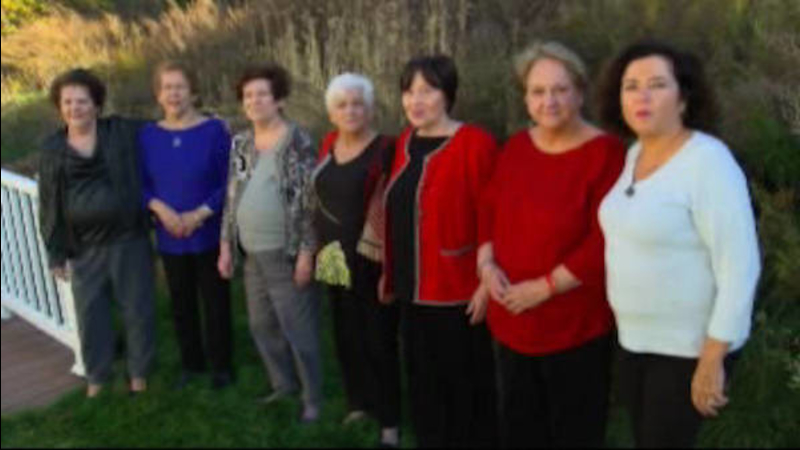 BOSTON, MA -- Seven sisters from Boston have all been diagnosed with breast cancer despite no strong family history, and the medical mystery has their doctors stumped.

And some of the siblings have had it more than once.

It started back in 1995 with Betty, who is the oldest. Then, over the next 20 years, it was one after the other.

Each time one of the them became sick, the others rallied around her. They all thought Nancy might be the one exception to their unlucky rule, until last year, when they were crushed to learn she was also stricken with the disease.

"When Nancy got it, I passed out," sister Mary said. "Hers was the worst. Stage four...Every one of us was in tears."

Their doctors says they're all negative for the BRCA breast cancer gene, which can serve as an early warning sign to a likely diagnosis later in life.

Some wonder if it was the coal plant they grew up next to in South Boston that could be a contributing factor.

And while an environmental or genetic link is still possible, she's exploring another possibility.