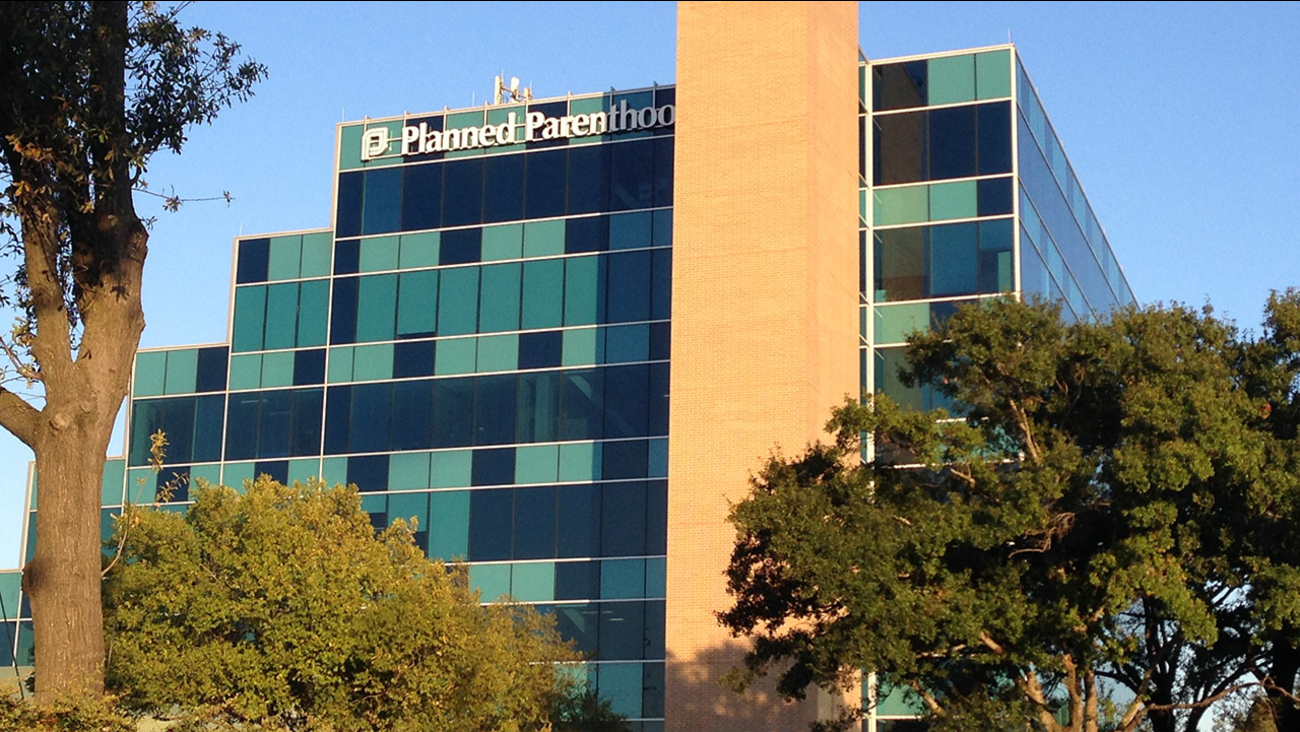 Planned Parenthood affiliates statewide were told in a letter they were being cut off because they were potentially "liable, directly or by affiliation, for a series of serious Medicaid program violations" highlighted in the videos. The five-page letter from state health officials said the organization was "no longer capable of performing medical services in a professionally competent, safe, legal, and ethical manner."

Planned Parenthood blasted the move in a statement, vowing to "fight back against this outrageous, malicious, political attack in Texas with everything we've got" in order to protect women's access to health care.

Louisiana Gov. Bobby Jindal, a Republican presidential candidate, ordered his state to block funding in the wake of the videos, but Planned Parenthood filed a lawsuit arguing that Louisiana couldn't end funding for non-abortion services, such as cancer screenings and gynecological exams. On Monday, a federal judge ordered the state to continue providing Medicaid funding to Planned Parenthood clinics for 14 more days.

A similar fight may be upcoming in Texas, where thousands of women seek care through Medicaid at Planned Parenthood clinics.

"In every state where this fraudulent smear campaign has been invoked, Planned Parenthood has fought for our patients to continue getting the high-quality, compassionate health care we provide, and in every state we've won."

Laguenst stopped short of announcing a counter lawsuit, but noted that federal courts have consistently found that federal law prohibits states from booting abortion providers from Medicaid, including in Indiana and Arizona.

The letter sent to Texas clinics attempts to address the issue of access to other health services. The letter, sent by the Texas Health and Human Services Commission's Office of Inspector General, said termination from the Medicaid program won't affect women's access to health care "because there are thousands of alternate providers in Texas... that participate in the Texas Women's Health Program and Medicaid."

The letter noted that since 2013, the GOP-controlled Texas Legislature has moved to deny as much funding as possible to Planned Parenthood, including shutting the group out of the Texas Women's Health Program, which provides care to poor residents.

The Medicaid violations alleged in the letter include indications from the videos that its affiliates "follow a policy of agreeing to procure fetal tissue even if it means altering the timing or method of an abortion." The state also accuses the organization of failing to prevent conditions that would allow the spread of infectious diseases, and not training staff in infection control when handling fetal blood or tissue.

On Monday, Abbott said his state "has stepped forward and shown its unyielding commitment to both protecting life and providing women's health services."

"The gruesome harvesting of baby body parts by Planned Parenthood will not be allowed in Texas and the barbaric practice must be brought to an end," Abbott said in a statement. "Ending the Medicaid participation of Planned Parenthood affiliates in the State of Texas is another step in providing greater access to safe health care for women while protecting our most vulnerable - the unborn."
Related topics:
personal financehoustonplanned parenthoodabortiontexas newsmedicaid
Copyright © 2022 by The Associated Press. All Rights Reserved.
PLANNED PARENTHOOD
5 myths about abortion and what the facts show
What an abortion ban means for women of color
Phoebe Bridgers says she had an abortion last year
Texas sues Planned Parenthood for $10M in Medicaid payments
TOP STORIES
High School senior unenrolled while recovering from open heart surgery
NW Houston hospital is a collection site for donated breast milk
Thieves stole $15,000 Rolex from luxury resale shop in Alvin, Texas
3rd Ward residents fearful after mass shooting in Buffalo, NY
Houstonians worried about ERCOT's ability to meet demand this summer
Few get direct help after complaining to Texas' consumer watchdog
Texas Attorney General tops runoff ballot
Show More
'He didn't deserve this': Boy had repeat head trauma before death
Baby formula maker Abbott says agreement reached to reopen plant
Data breach exposed personal information of 1.8M Texans, audit says
'On your knees': Video shows man point gun at roommate near downtown
Watson to meet with NFL officials in Texas this week, sources say
More TOP STORIES News