Woman may have contracted virus in New York, Israel, or from passenger on flight in between
KTRK 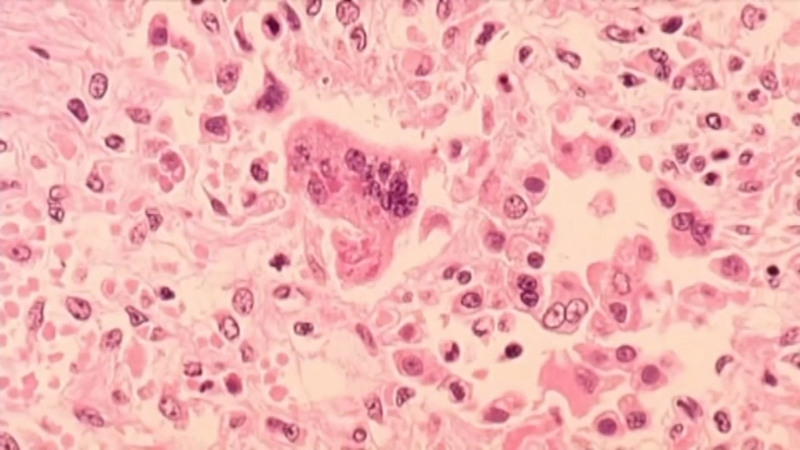 The woman has encephalitis, or swelling of the brain, due to the measles infection.

Israel's health minister says the woman has been comatose for about 10 days.

She is on a respirator, unable to breathe on her own, in the intensive care unit at Meir Medical Center in Kfar Saba, near Tel Aviv.

Israeli reports say both she and the boy have suffered irreversible brain damage.

The flight attendant developed a fever on March 31 and entered the hospital that same day.

Health officials say she may have been exposed to measles in New York or Israel, where there are active outbreaks, or from a passenger on a flight between the two.
Authorities say that like many others in her generation, she received only one dose of measles vaccine as a child.

In the 1980s, doctors realized that one dose is only about 93% effective, and in 1989, U.S. doctors started giving children two doses, which, according to the CDC, is 97% effective.

Ongoing measles outbreaks in the United States and Israel started with parents who've chosen not to vaccinate their children, according to health authorities.

No fatalities have been reported from measles outbreaks in United States this year or last year, however, dozens have been hospitalized, and some were in intensive care.

In Israel, a toddler and an elderly woman died last year.