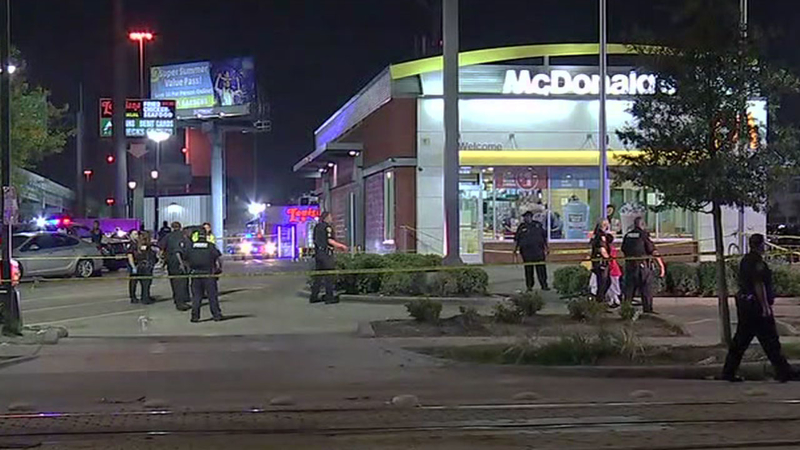 HOUSTON, Texas (KTRK) -- Two people were injured when an angry customer with a gun opened fire inside a Midtown McDonald's restaurant, a witness tells ABC13.

The Houston Police Department is investigating at the restaurant near Main and Pierce, where two people were found shot just after 9 p.m. Thursday.

According to officers, a man and a woman were injured in the melee.

We do not know the conditions of the victims or whether police have a suspect in custody.

Two people have been shot near downtown Houston.