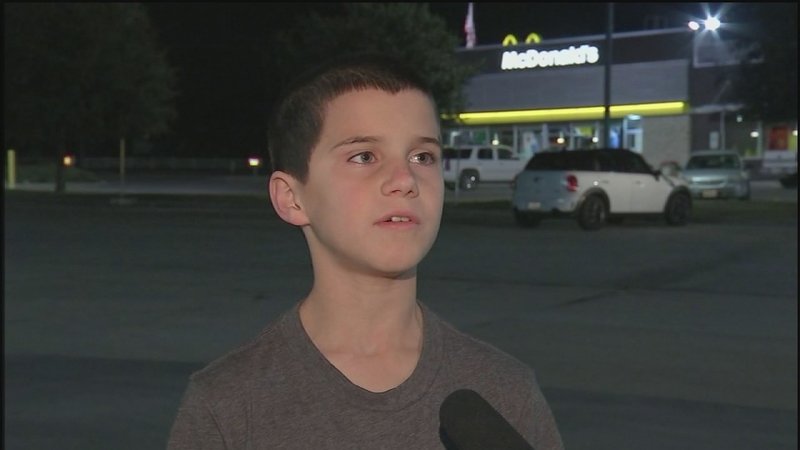 Mom: Man asked to urinate on son at McDonald's bathroom

CITY OF MONTGOMERY, TX (KTRK) -- Detectives with the City of Montgomery are investigating a bizarre encounter in a McDonald's bathroom that traumatized a little boy.

For the May family, a quick stop for dinner on a busy school night turned into quite the wake up call.

"Although I completely believed my son and every word he said, it still didn't feel real in that moment," Diane Stoebner-May said.

It started with a trip to the bathroom. Christopher is nine years old and didn't want to go into the lady's restroom with his mom. His sister Tori waited for him outside the men's bathroom until he came out.

"Christopher, he was standing there, he was crying -- and I was like, 'What's wrong? What's wrong? Tell me!'" Tori May said.

"He just followed me into the stall and locked the door and said 'Get on the toilet so I can pee on you.' And I said no. And I kept saying no," Christopher said.

A young man cornered little Christopher in the bathroom stall and repeatedly told him he wanted to urinate on the boy.

"You know I was so shocked when my son was telling me this," Stoebner-May said. "This individual had to know there was a parent pretty close - in the restaurant. I mean, it's McDonald's, it's not a huge place."

The man got away that night, but Stoebner-May immediately filed a police report. Officers combed through surveillance video at that McDonald's but wouldn't let us view it yet because the case is still open.

After our phone calls, police tell us they've identified and interviewed the suspect, and he's been in trouble before.

Stoebner-May says Christopher will now be accompanied to bathrooms by his dad. She wanted to share this story as a warning to other parents.

"My son told him no. But it made me worry about - is he looking for another child? What would've happened if it would've been a younger kid who didn't know how to handle that situation?" Stoebner-May said.