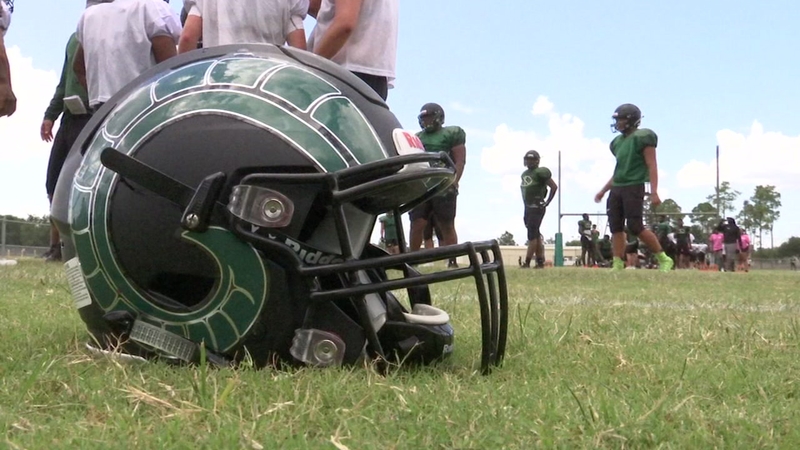 HOUSTON, Texas (KTRK) -- Mayde Creek has not made the high school football playoffs in 10 years, but a huge jump in talent and commitment has made the Rams contenders.

The team has 6'3", 240-pound Marcus Stripling, the Rams' big and strong defensive end.

Stripling will be a target for double and triple teams in the trenches, but he says he loves the attention.

"That's going to come, but you just have to better yourself. You can prepare for that," said Stripling, who added that he can create a pile when he gets a triple team.

Stripling put his name on the recruiting radar with some awesome camp performances over the summer. The senior is pushing himself and teammates to get better every day.

"He sets the tone. When he comes out here and he's working to perfect his craft and he's doing all the right things, the rest of the team follows suit," said Mayde Creek head coach Mike Rabe.

Stripling will choose between Texas A&M and Alabama on Early Signing Day. There will be a lot of football between now and then.

Stripling is ready to line up against Katy and Cinco Ranch in District 19-6A.