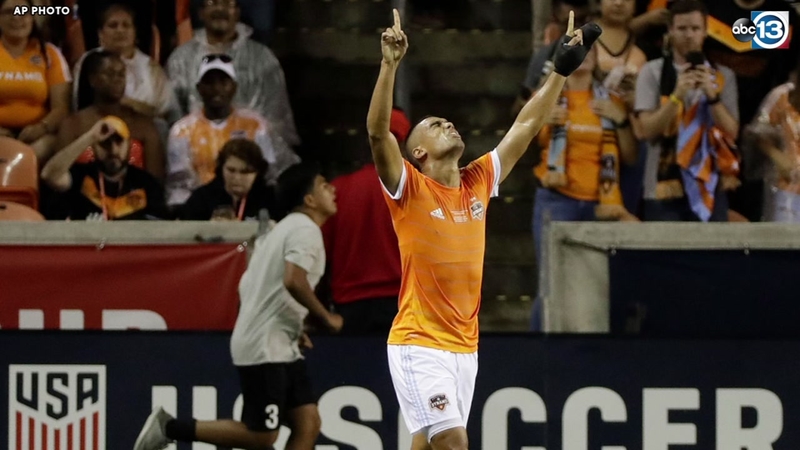 HOUSTON, Texas (KTRK) -- In a year that can be considered a down season for the MLS Western Conference finalist, the Houston Dynamo etched their name in history by winning the U.S. Open Cup championship.

The Dynamo won convincingly Wednesday night, 3-0, vs. the Philadelphia Union, in a final played at BBVA Compass Stadium.

Houston was propelled by two goals by Mauro Manotas, who scored in the 4th and 25th minutes. The Dynamo were also helped by an own-goal by the Union's Auston Trusty in the 65th minute.

Houston's path to the championship started in June when the Dynamo defeated Minnesota United in the opening round of 16.

The Dynamo then peeled off wins vs. Sporting KC and LAFC, the last of which came in thrilling penalty kicks that helped them advance to Wednesday night's final.

The annual tournament runs concurrent with the MLS regular season and has no bearing on the Dynamo's record within league play.