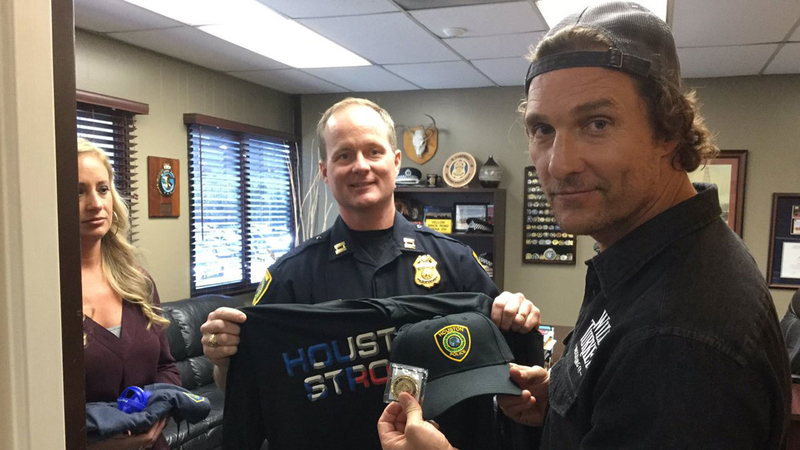 On Sunday, Houston police tweeted out photos of actor Matthew McConaughey bringing lunch to the officers.

The Academy Award-winning actor and Texas native also spent some time with Houston firefighters and 911 dispatchers.

McConaughey said he wanted to visit his home state to honor the first responders who were on the front lines following Hurricane Harvey.

"I'm Texas born and raised, so acknowledging the hard work and dedication of first responders in Houston is meaningful to me personally," said McConaughey. "Over the past year alone with the hurricanes in Puerto Rico, the Carolinas and Florida and the fires in California, the number of heroic men and women on the front lines of natural disasters is staggering."

Matthew @McConaughey teamed up with @WildTurkey to give back to Houston’s heroes.

Honored to welcome him to our city and thank him for spending time and recognizing our @houstonpolice, @HoustonFire, and 911 dispatchers for their service. #WildTurkeyGivesBack #HoustonStrong pic.twitter.com/LQZ5vk11Jc

The event was sponsored by Wild Turkey, which is part of its annual Wild Turkey Gives Back campaign.