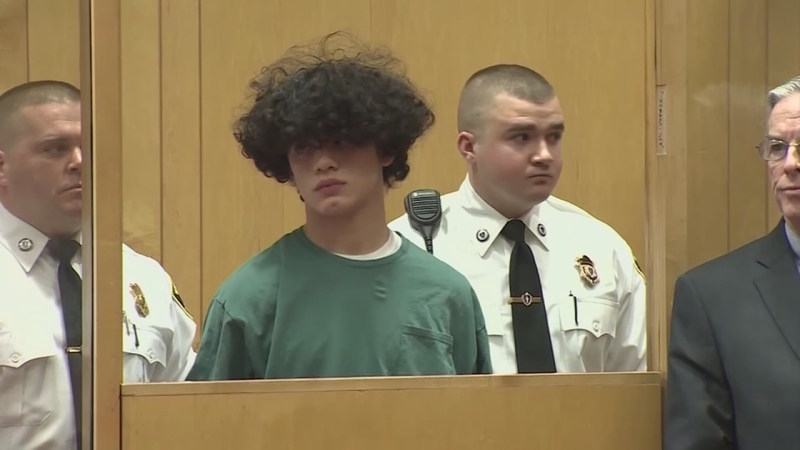 LAWRENCE, MA -- A 15-year-old boy charged with killing a high school classmate whose headless body was found near a river said in a police report made public Monday that they had gone to smoke marijuana together and he had last seen the classmate alive.

Mathew Borges was held without bail after pleading not guilty at his brief arraignment in Lawrence District Court on a murder charge. Borges is being prosecuted as an adult, so court proceedings were open. His lawyer, Edward Hayden, did not argue for bail.

The body of 16-year-old Lee Manuel Viloria-Paulino was found near the Merrimack River in Lawrence on Thursday by a woman walking her dog. Police recovered his head nearby. His forearms had also been cut off, but it was unclear if they were recovered.

Borges told police that he and Viloria-Paulino had gone to the river on Nov. 18 to smoke pot and later parted ways.

But the police report also said Borges told a witness that he had "done something bad" and that he had "stabbed a kid and cut his head off killing him." Borges was arrested Saturday.

The motive for the killing is unclear and remains under investigation, Essex District Attorney Jonathan Blodgett said. Police recovered evidence at Borges' home, he said.

Both boys were sophomores at Lawrence High School.

Hayden, the defense lawyer, said Borges was a student in good standing with a part-time job. But he said he didn't know enough about the case to comment other than to say Borges is "holding up well as can be expected of someone facing this kind of charge."

Borges is being held at a youth detention facility and is due back in court Jan. 10.

"We knew he wouldn't run away," the victim's mother, Katiuska Paulino, told WCVB. "If it was their kid, would they have looked? Waited two weeks to look for him?"