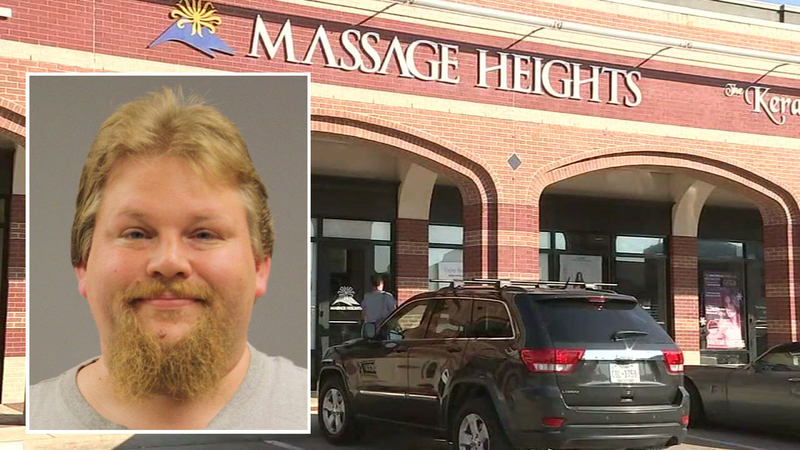 HOUSTON (KTRK) -- A civil lawsuit has been filed by a woman who alleges she was sexually assaulted by a Massage Heights employee last year.

Nobody answered the door at the home of Tyler White when we stopped by today.

He is the former massage therapist accused of sexually assaulting the client known in court filings as Jane Doe.

Today, the client's civil attorney filed a lawsuit, which describes what allegedly happened during a massage at a Massage Heights store on Westheimer.

"During the course of the massage, to Doe's horror, White sexually assaulted her," the lawsuit states.

The complaint goes on to detail inappropriate touching during the massage.

White is already charged criminally for sexual assault. The woman's attorney says they filed a civil lawsuit to force changes in hiring and training at Massage Heights stores around the country.

Doe's attorney said spa operators need to understand that this is a risk, and these things like these can happen.

Today, this specific Massage Heights location is under new ownership, as the criminal charge against White remains pending in court.