NASA astronaut talks about Russian leaders threatening to abandon him 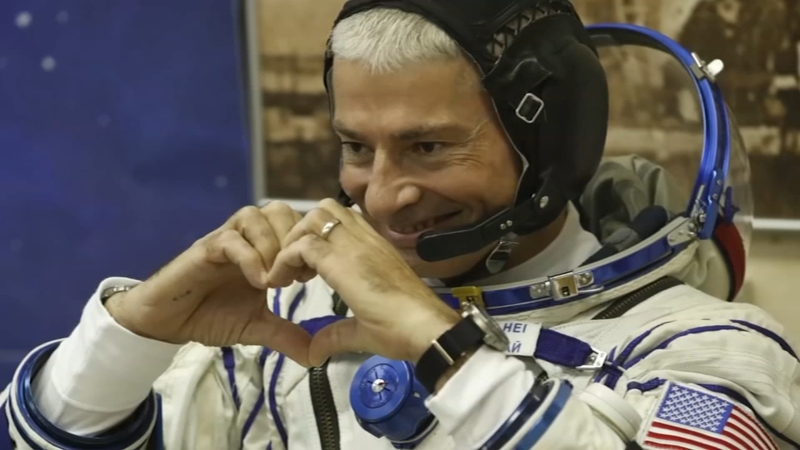 NASA astronaut broke an American record after 365 days in space

HOUSTON, Texas (KTRK) -- NASA astronaut Mark Vande Hei broke an American record for spending the most time in space, but there is much discussion in his first news conference back on Earth that focused on what was happening 250 miles below.

NEARLY A YEAR IN SPACE

Two-hundred and fifty miles above Earth weighs on you when you spend nearly a year away from family, and friends.

"I'm happy to be back," Vande Hei said. "If it ended up being 300 days, I still would've felt really good about the mission. It was not (for me) about any record at all."

Vande Hei landed a week ago. He spent 355 days in space. On Tuesday, he addressed the media from the Johnson Space Center. He talked about his mission filled with experiments, that continues today. NASA will monitor his body to see the impacts of space travel as the agency prepares to head into deep space.

"I was able to walk on my own within eight hours, certainly wobbly, but eight hours later," Vande Hei recalled.

Most of Tuesday's news conference wasn't spent on what happened in space, but below. After the invasion of Ukraine, Russian space leaders threatened the U.S. relationship with the space station.

Vande Hei ultimately returned to Earth on a Russian capsule, but it was in doubt after Russian leaders appeared to want to leave him in space.

"Quite honestly, I heard about the tweets from my wife," Vande Hei recalled. "I never perceived those tweets to take seriously."

"The future of the space station, and conflict between Russia and the United States, honestly I think that's why we've been able to have an international space station," Vande Hei explained. "Some people that don't care so much about space, international relations, and having a space station where we can cooperate. I think is really for peaceful future."

WHAT WAS UP WITH THE RUSSIAN COSMONAUTS WEARING UKRAINIAN COLORS AS THEY BOARDED THE SPACE STATION?

Vande Hei was asked about the cosmonauts that traveled to the space station wearing blue, and yellow suits in late March. Those are the colors of Ukraine's flag.

Vande Hei said the cosmonauts were "blindsided" by the reaction. He said they didn't wear the colors to make a political statement.

The cosmonauts went to the same school, whose colors are yellow, and blue.

That wasn't the only war in Ukraine topic that was discussed on the space station.

"It was not a topic I shied away from with my crewmates," Vande Hei recalled. "They weren't very long discussions, but I did ask them how they were feeling and sometimes asked pointed questions."

Vande Hei wouldn't get into specifics, but he said he continues to be friends with the cosmonauts.

"Speaking specifically about my relationship with my Russian crewmates, they were, are and will continue to be very dear friends of mine," Vande Hei said. "We supported each other through everything."

Once on Earth, Vande Hei couldn't wait to see family, but also enjoy some of his favorite food.

"Maybe it's the fact I hadn't had guacamole in 355 days, but that guacamole was amazing," Vande Hei recalled. "It was really good."

He may be back on Earth, but he's not done with his recovery. Spending that long in space takes a toll on the body, and Vande Hei says he has to do two hours of physical therapy every day, including on weekends. Doctors will also closely monitor his health. He said it's worth it because he hopes what they learn will help future astronauts spend even more time than him in space.

"I'm really looking forward to the next person doing something longer and us getting further, and further away and us exploring more," Vande Hei said. "I want this to be remembered as a stepping stone."