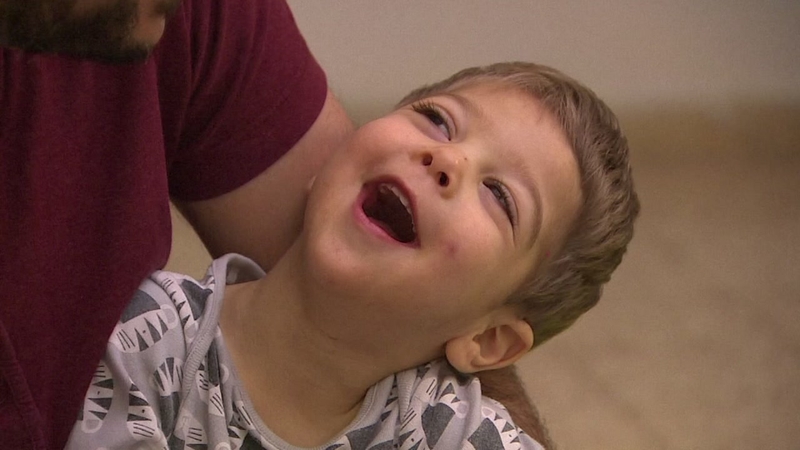 A family in Israel is using medical marijuana to treat their son's chronic health conditions.

It's their last hope, after many other treatments failed to bring the toddler any relief.

For two and a half year old Lavie Parush, moments of joy are all too brief.

Diagnosed with severe epilepsy and cerebral palsy from birth, leaving him with brain damage, he suffered seizures, dozens a day. Now they're nearly all gone, with just a few drops a day of medical marijuana-- cannabis oil-mixed with into his food.

"We saw a difference immediately and after a few weeks, we didn't see any seizures at all," Lavie's father Asaf Parush says.

Other medicines didn't work, his father says or worse, caused severe side effects. Lavie has now been on medical cannabis for a year and a half.

This cannabis oil was developed in northern Israel. The oil is high in CBD, the pharmacological ingredient in cannabis, and low in THC, the psychoactive ingredient of the drug that makes you high.

There is little research on the effects of medical cannabis on babies, but Parush has all the results he needs. Lavie hasn't had a seizure in months.

He takes the CBD oil daily, and a second oil of THC only when Lavie is having a bad day.

When you give Lavie a drop of THC, that's the psychoactive ingredient in cannabis, it makes him high.

"In the beginning, we were pretty anxious about it," Parush says. "I guess, but then we thought, 'What are we seeing?' You know what I mean? We're seeing this kid that was before...he was in distress, and now he isn't."

At home, Parush and his wife play with Lavis and his litter sister, Gefen.

The difference in development is stunning. She is 10 months old, a third of Lavie's age, and yet she can hold toys and play with her parents and so much more.

The, Asaf Parush fears, will always be too much for Lavie.

Instead, he just hopes one day to hear his son say 'Dad.'