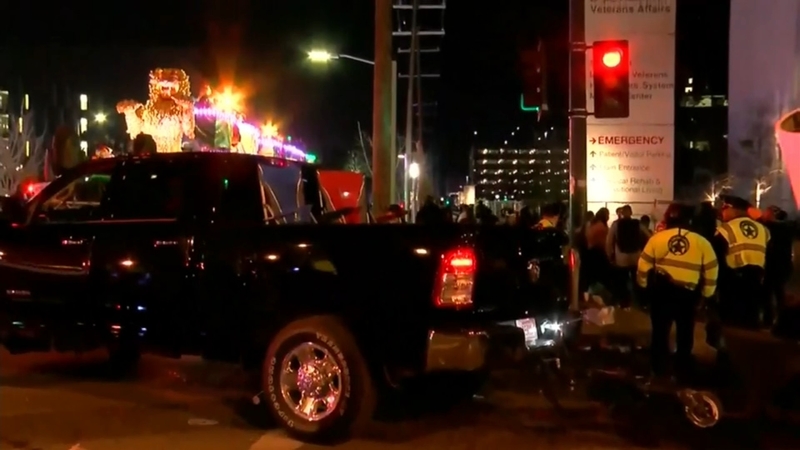 NEW ORLEANS, Louisiana -- New Orleans is now mourning the death of two individuals who were fatally struck by parade floats as the city celebrates Mardi Gras.

On Saturday night, one person was killed during the Endymion parade after they were hit by float 13 near Canal and S. Galvez street.

It is unclear exactly what the individual was doing at the time of this incident.

Emergency personnel have asked the public to avoid this area of the parade route.

Emergency personnel are responding to an incident on the #Endymion route at Galvez. An individual was struck by a float and fatally injured. Please avoid this area of the parade route. ⚠️

On Wednesday, another woman apparently tried to cross between two sections of a tandem float when she tripped over a hitch connecting the vehicles and was run over, witnesses told news outlets.

This incident occurred during the parade of the Mystic Krewe of Nyx, an all-female Carnival group that was "established to unite women of diverse backgrounds for fun, friendship, and the merriment of the Mardi Gras season," according to its website.

Shirleen Allicot has details on the tragic incident, which witnesses say happened when the woman tripped over a hitch connecting a tandem float.

"On such a joyous night, this is obviously a tragic occurrence," Nyx Captain Julie Lea said in a statement.

"On behalf of the entire Krewe of Nyx, along with the city of New Orleans, we offer our most sincere condolences to the family and friends of the individual involved."

The parade was ended early, and the rest of the floats were diverted off the parade route. That was the "proper thing to do," New Orleans Mayor LaToya Cantrell told reporters near the scene.

Mardi Gras is Feb. 25, but the Fat Tuesday celebration is preceded by a week or more of parades and parties each year.

The death comes one year after a car sped into a bicycle lane near a parade route, hitting nine people and killing two bicyclists. Sharree Walls, 27, of New Orleans and David Hynes, 31, of Seattle, died not far from where the Krewe of Endymion parade had just passed.