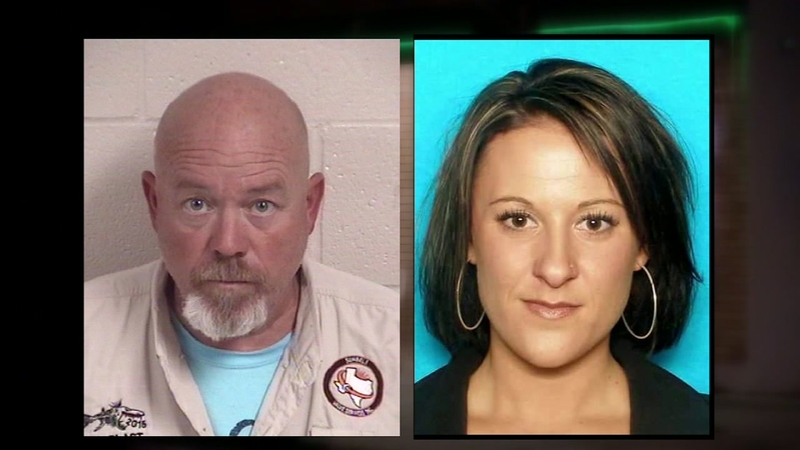 GALVESTON, Texas (KTRK) -- Galveston police arrested two bartenders who were seen serving a 50-year-old woman who is accused of intoxication manslaughter after a bicyclist was fatally struck by her vehicle.

According to the police department, Shafay Look, 34, and Jon Ward, 56, were arrested on a count of selling an alcoholic beverage to an intoxicated person.

Police say the two bartenders had served Gerilyn Weberlein on June 4 at the Island Pier Club in the 1700 block of Avenue O. They add the workers served Weberlein despite her showing signs of being highly intoxicated, including spilling drinks, being visibly unbalanced and needing assistance from other bar patrons to keep her up.

In surveillance video, Weberlein is seen leaving the business less than 15 minutes before the crash on 69th Street, where Marco Beltran was struck and killed by the suspect's car, police say.

"As a bartender, you should know if somebody is intoxicated or not," Galveston resident Jeremy Blakeman said. "You should by their speech, body language, things like that."

Another bicyclist was also struck but managed to survive.

Beltran's family is in Colombia but is represented by local attorney Sean O'Rourke.

O'Rourke said he spoke with Beltran's family about the latest developments, and they're pleased to see police continuing to pursue this case.

"It was very sad," Diego Castellanos said. "So sad because the people came here to achieve his goals, to make money, meet the culture. He was a really happy person."

Bonds for Look and Ward were set at $7,500 each. Punishment for the misdemeanor carries a fine of up to $500 and up to a year in jail.

Family and friends remember bicyclist killed by driver in Galveston.