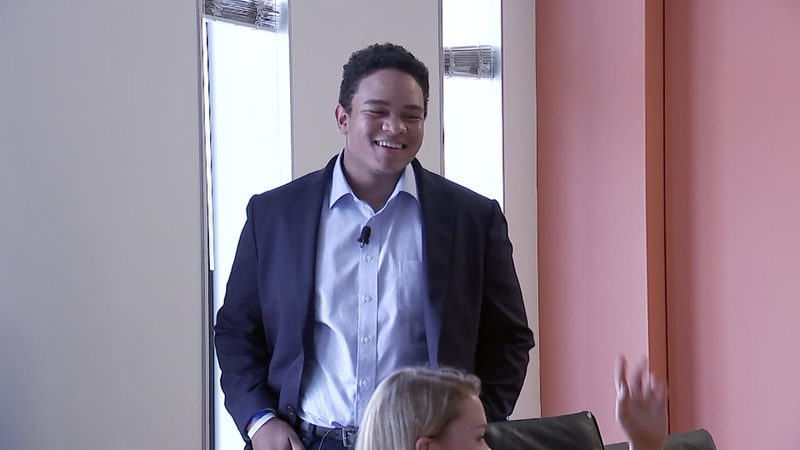 HOUSTON, Texas (KTRK) -- Marcel McClinton may be 17 years old, but he plans to become the youngest person ever to run for Houston City Council.

The Stratford High School senior will officially file to run for At Large Position 3 in July, when he turns 18. But he's already launched his campaign.

"We're hitting the streets of Houston, block-walking and talking to voters," said McClinton. "A city as diverse as ours in age and race and sexual orientation and religion needs that same representation on city council."

McClinton was a co-organizer of the Houston March for Our Lives, a rally of nearly 15,000 people in downtown Houston for stricter gun control.

RELATED: Thousands join March for Our Lives rally in Houston

In 2016, McClinton survived a shooting himself. He was teaching a Sunday school class when a gunman went on a rampage in his west Houston neighborhood, killing one person and injuring six.

"We were kind of tracing the shooter as he was pacing back and forth in the parking lot, shooting out car windows," said McClinton. "That trauma sticks with you for a long time."

McClinton was also appointed to Mayor Sylvester Turner's Commission to Prevent Gun Violence, and he's spent time traveling to Washington D.C. and Austin to meet with lawmakers, testify on bills and lobby.

His opponent, Michael Kubosh, was elected to Houston City Council in 2013.

"Well, we're both seniors. He's a senior in high school and I'm a senior citizen," joked Kubosh. "But I have a number of grandchildren that are much older than him that are in college, and it's important to get that education at that time in life. So, that was one of my concerns."

McClinton says he plans to take a gap year for college in order to campaign and readjust after the election.