Another small plane flips upside down at airport 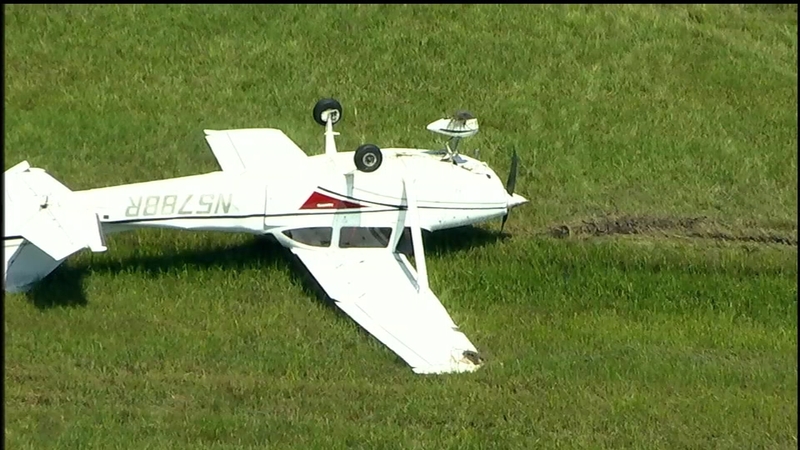 Small plane crashes while attempting to land at Manvel airport

According to a tweet posted by the Department of Public Safety, officers responded to the crash at Wolfe Airpark shortly before 2:30 p.m. Wednesday.

They say the pilot was not injured during the crash, and believe the 1966 Cessna aircraft flipped over while the pilot was attempting to land.

Wolf Airport Update: The aircraft is a 1966 Cessna. Preliminary report indicates it flipped while landing. The pilot did not sustain any injuries. @TxDPSSoutheast will secure the scene until FAA arrives. No additional information is available for release at this time. pic.twitter.com/hGzpqhFJZ1

The airport is located in Brazoria County, less than five miles from Manvel High School near Highway 6.

It's unclear what caused the crash.

Our SkyEye crew believes the plane overturned after hitting a grassy patch while taxiing along the runway.